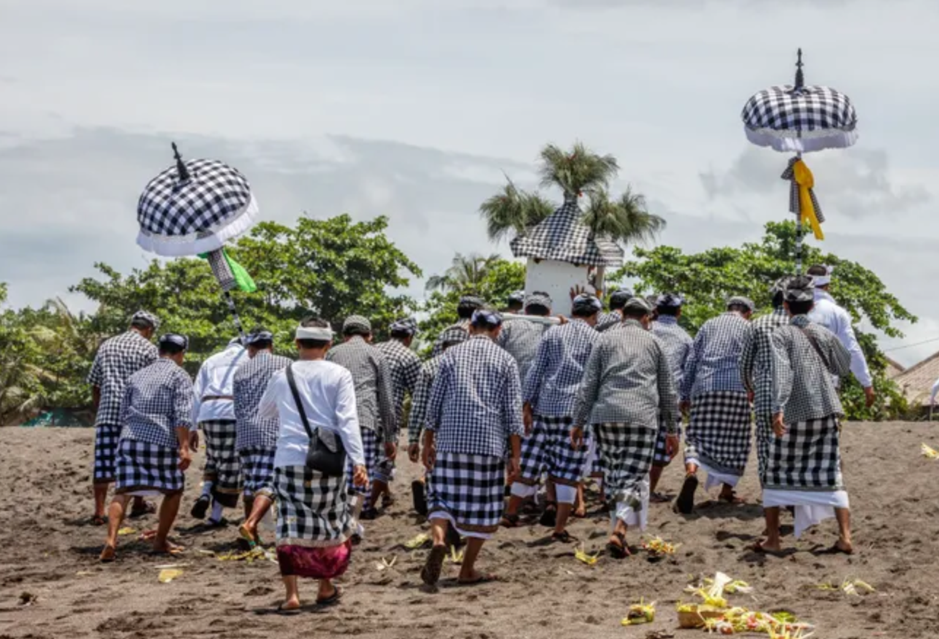 Saput or wastra is the word for fabrics in basa Bali or bahasa Indonesia terapan. Poleng is a part of Balinese culture. It appeared in all aspects of Balinese people. In their sacred place, the Pura or at Sanggah. As this fabric is sacred for Balinese society, but in the fashionable view is stylish.

This patterned cloth is easily found in almost every crossroads, large trees, temple gates and even used as cloth (jarig) for kecak dancers and traditional guards/security officers (pecalang).

oleng cloth has become part of the religious life of Hindus in Bali, both sacred and profane. In temples, poleng cloth is used for tedung (umbrella), banners, to decorate the mostgih, statues, and kul-kul. Not only sacred objects, trees in the temple are also wrapped in poleng cloth.

In Balinese art, be it drama, dance drama, or puppetry poleng will always be there. In the drama gong, it is the captor who often wears the poleng cloth. Meanwhile, in wayang kulit, the figures who wear poleng decorations, apart from the captives Tualen and Merdah, are also important figures such as Hanoman, Bima. 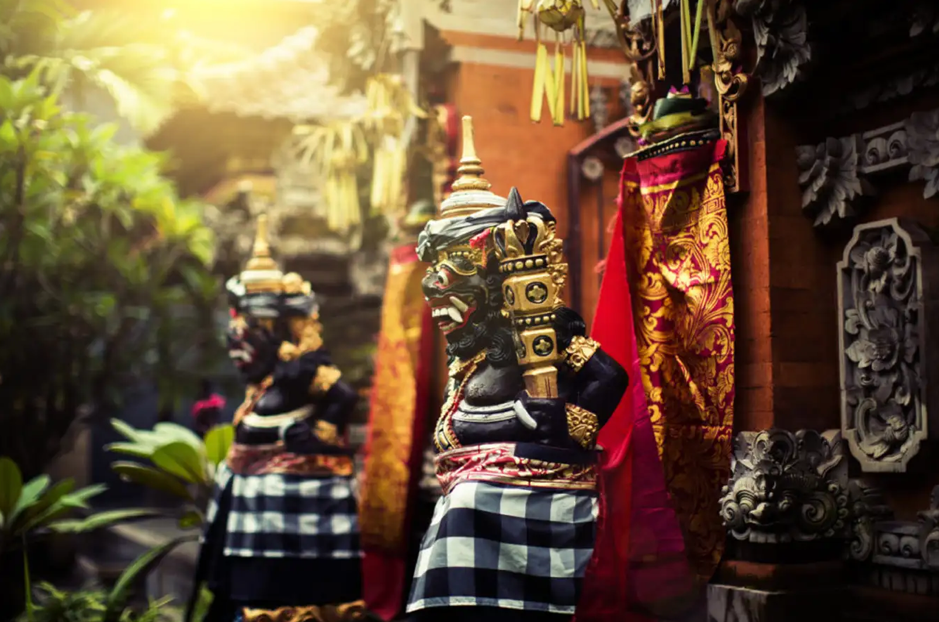 Poleng definition is checkered, like a chessboard motifs. This fabrics has philosophy meaning as the religion of Balinese people.

The fabrics is consist of black and white box. There are three kinds of poleng fabrics:

Poleng Tridatu cloth symbolizes the teachings of the Triguna namely wildlife, rajah, tamah. The white color is synonymous with awareness or wisdom (satwam), the red color is energy or motion (rajah) and the black color symbolizes the obstacle (tamah).

Those poleng fabrics are part of Balinese life. But this fabrics must be carefully understood but everyone that respect Balinese culture. In modern way fashion of checkered motif could be stylish as if in the comes des garçons by Rei Kawakubo.

Another interpretation of checkered or poleng in high fashion is Louis Vuitton newest collaboration with Nigo, fashion designer from Japan. The Checkered would not be out of date and always be high fashion in trend. It is classic yet modern way to present the fashionable way. 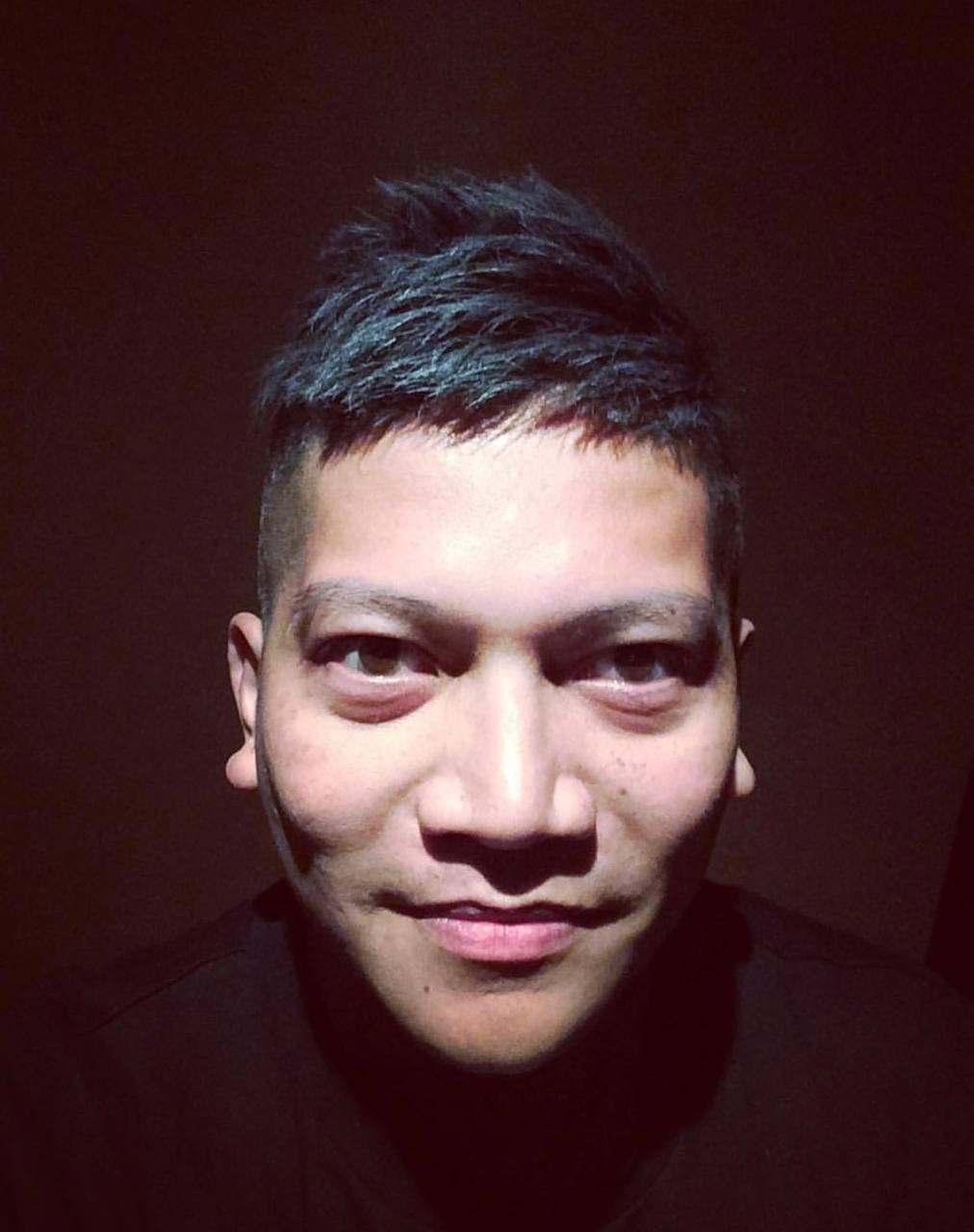