The Value of Research: Turning the Traditional into Modern Creation 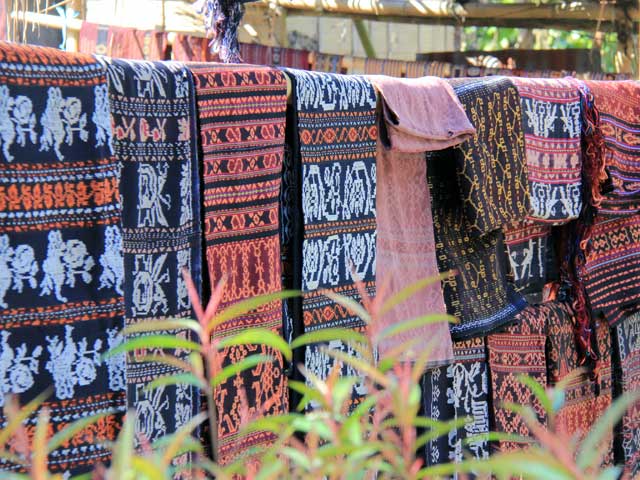 BINUS Northumbria School of Design (BNSD) regularly carries out research involving its lecturers and students around Indonesia to find inspiration for fashion creations which raise the features of Indonesia’s cultural diversity. Additionally, the results of student?s fashion creations will be exhibited at the Jakarta Fashion Week which will be held in the upcoming November.

In BNSD, the students? learning process is not limited only to theories and practices within campus. Students also learn to conduct research to find inspiration for designing clothes that have a difference as well as their own individual characteristics.

The beauty of Indonesia?s natural environment has attracted local as well as foreign tourists to visit a number of the country?s tourist destinations. Not only can visitors be tourists, but they can also learn the local culture.

This year, a group from BNSD consisting of four BNSD students of the department of Fashion Design and Fashion Management, a BNSD lecturer, two students and a lecturer from Northumbria University went to the east side of Indonesia -Labuan Bajo, Flores island, East Nusa Tenggara – to seek new inspiration for a design that utilizes woven fabric which is the characteristic of eastern Indonesia?s cloth. The visit to Labuan Bajo was held for four days, from March 29 to April 2.

“The visit to Labuan Bajo was a wonderful, meaningful experience for BNSD and Northumbria University students. Because among these students and lecturers who joined the trip to Labuan Bajo, none of them had ever visited the place. So all of us who went along really learnt the culture from the beginning,” explained Ratna Dewi Paramita as Head of Fashion Design program.

During their four days of visiting the people of Labuan Bajo, students learnt many things, observing the process of producing a woven cloth, learning local culture, grasping the meaning of the symbols used on the woven cloth, as well as tasting Labuan Bajo?s traditional cuisine.

For their next trip, BNSD will visit and learn the culture of Sumatra?s mainland. Before selecting the island as the next destination, BNSD required in-depth research and a look at 2016?s fashion trend, to make sure that its designers produce clothings in accordance with the trend despite utilizing traditional basic materials. The Flores-inspired clothes will be shown before hundreds of viewers at the Jakarta Fashion Week 2016. BNSD also plans donating a collection resulting from its students? designs to the Labuan Bajo people.