The BINUS NORTHUMBRIA School of Design (BNSD) showcased the works of twelve fashion students in the Jakarta Fashion Week (JFW) 2018 on Wednesday, 25 October 2017. The theme of this collection is “Whispers of Wakatobi” which brings together a mixture of heritage and tradition which is combined with cultural elements and the beauty of Wakatobi in Southeast Sulawesi.

This year is the fifth participation of BNSD in the Jakarta Fashion Week, where BNSD presents different concepts and themes each year. “Whispers of Wakatobi” was chosen to be the theme of this year because Wakatobi is one of the best tourism destinations in the world and has unique weaving. “A lot of weaving from Wakatobi is not yet well-known by the society. So this is our opportunity to introduce and develop weaving from Wakatobi. This inspiration is applied to the new design without losing its original features,” said Ratna Dewi Paramita, the Head of the Fashion Program of BNSD, during a press conference before the fashion show.

Twelve students of this selected fashion program will bring their 6 fashion lines. The first is Ako, designed by Aliya Dhiachandra and Haedi Giovani. Ako is taken from the Muna word ‘Ako Lau’ which translates to ‘Ocean Blue’. It defines the main inspiration of the brand itself. “We are inspired by the color, texture, and marine life. So we want to be more bluish in displaying the clothes,” said Aliya.

In contrast to Ako’s more uplifting theme of the sea, the Alamu brand, by Anastasia Hartanto and Audrey Jane Tantono, is inspired by the relationship between the Earth and nature. The collection is an ode to the wondrous nature and the tradition of Southeast Celebes. It features the Banhada Tada fused and three-dimensional texture manipulation that reflects the vast ocean ecosystem and rich flower varieties. Alamu’s pieces are exclusively designed to showcase women’s femininity.

A unisex clothing design was presented in a fashion collection by Henisya Putri Alya and Nelly Tan with the brand Ethos. Inspired by Buton’s philosophy ‘Pomaamaasiaka’, it means ‘love each other’; ignore gender, social status, and race. The silhouette comes from the architecture of the Buton Sultanate, under the sea life, and the traditional clothes in Sultra. The interlock, interlacing concept, and Buton weaving are the main interactions that are emphasized through the whole collection, collaborated with earthy tone colors and color twists.

NATUWA is the brand of the work of Winny Dwijaya and Naomi Sutono, who were inspired from every element in Wakatobi. Natuwa is a combination of two words. ‘Natu’ stands for natural, representing both of the designers’ concepts. ‘Wa’ stands for Wakatobi and women. Barani was inspired by the magnificent beauty of Wakatobi and the Rangkong Buton bird of Buton.

The next brand is Kanda. Derived from Muna language, “Kakanda” (blue) and “Kadadiha” (life sources), Kanda reflects the breathtaking life sources and wealthiest aspects of Southeast Sulawesi that inspires Kanda to tell each story in the designs. The work of Raphaela Natasha and Adisza Kahanasti was adopted from undiscovered natural resources, the strongly held traditions, and antiquity of Southeast Sulawesi. Kanda upholds the traditional components in a modern ready-to-wear collection.

The last one is Juxtapōz by Jesslyn and Clara Pranata, which embodies a fusion of the Southeast Celebes’ alluring nature and culture, mainly from the Buton Sultanate’s clothing, the nomadic Bajo tribe, and the splendid islands of Wakatobi. The combination of a modern silhouette and various fabric manipulation techniques create a particularly distinctive juxtaposition of both traditional and urban design values. Along with a streetwear-infused silhouette and color palette as rich as the ocean, Juxtapōz was crafted for those with the most unprecedented style.

“From year to year, we always take inspiration from many regions in Indonesia because we want the designers to appreciate the cultures of Indonesia. We also want to show that traditions can be converted into contemporary art,” Ratna concluded.

You can find more photos here. 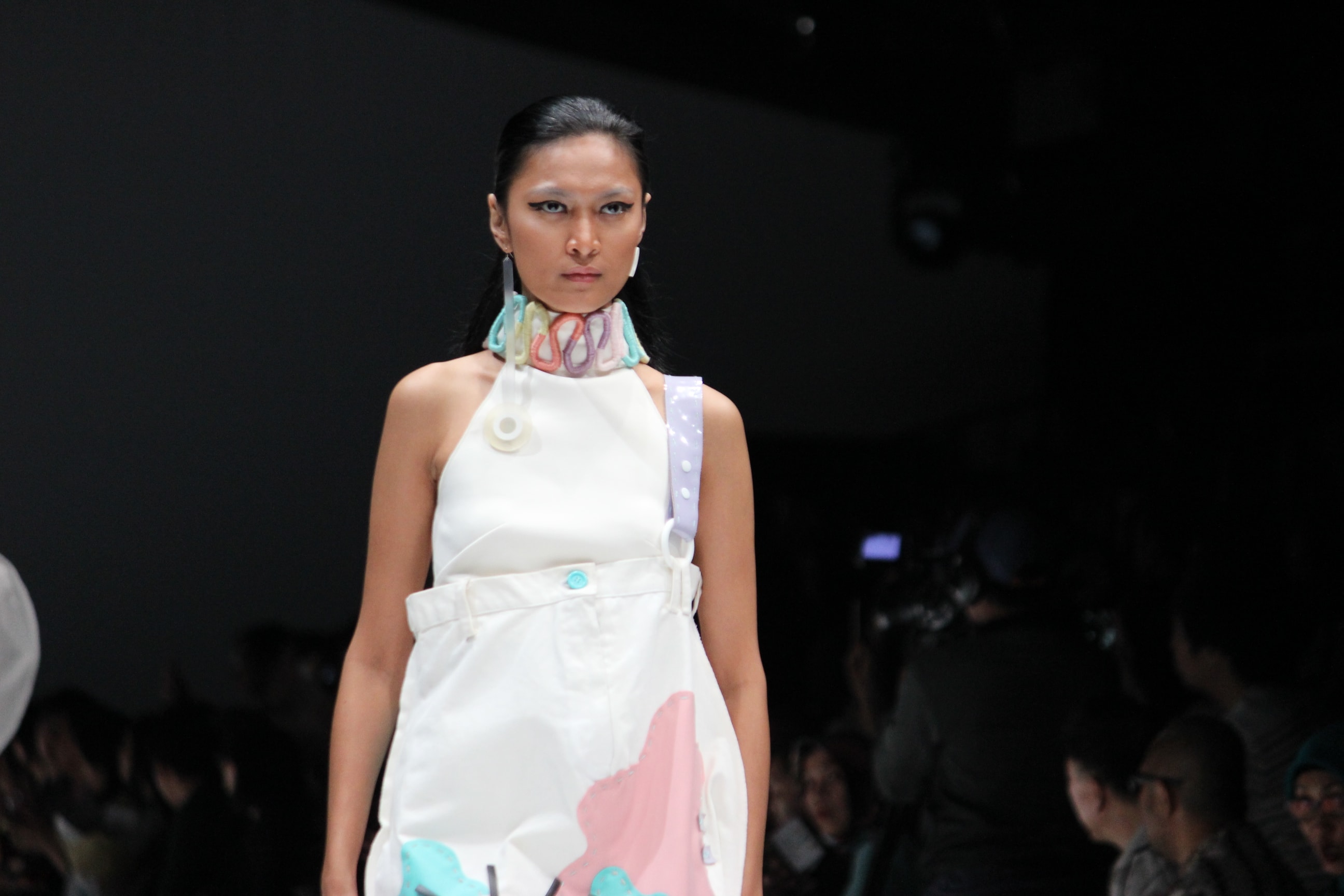 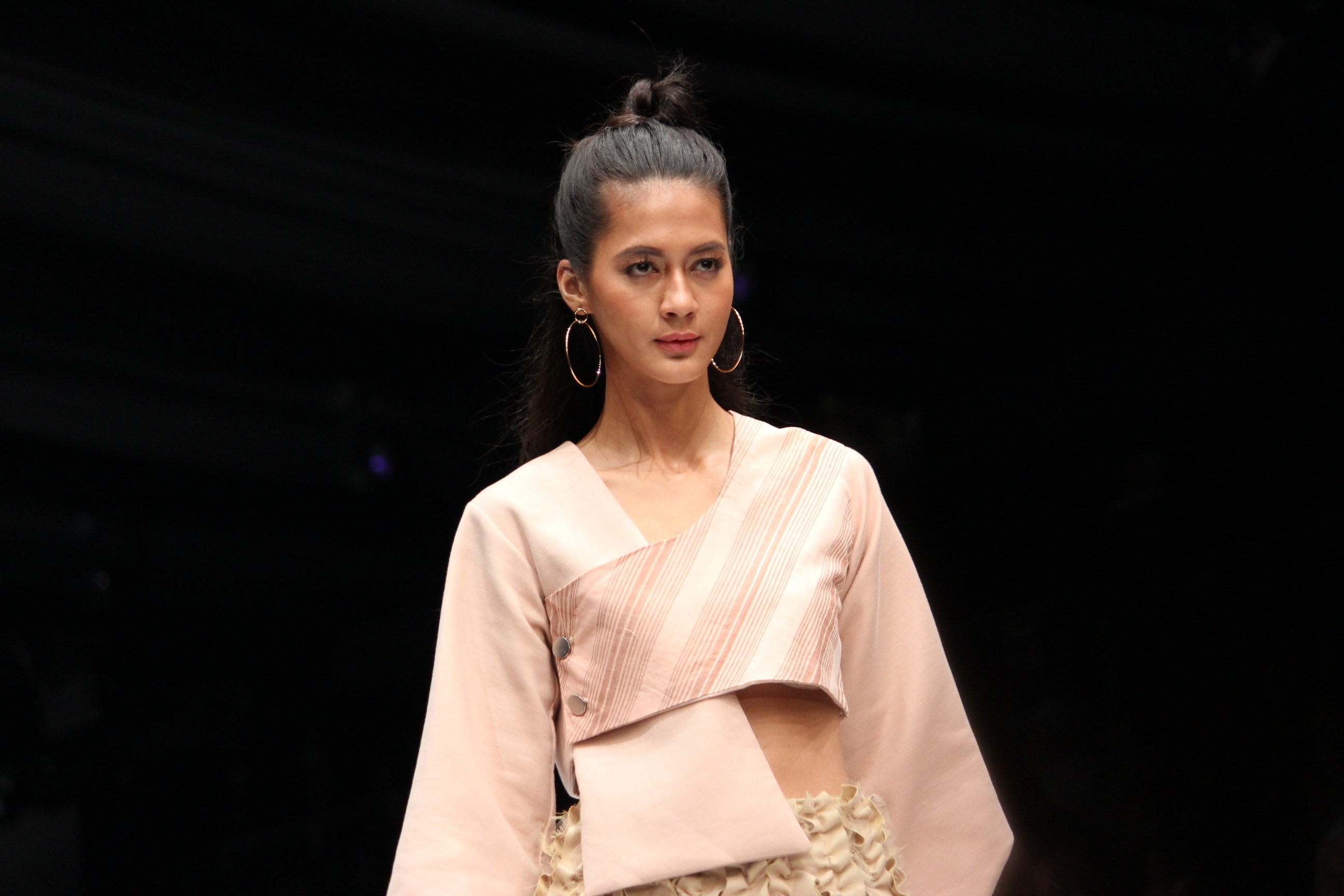 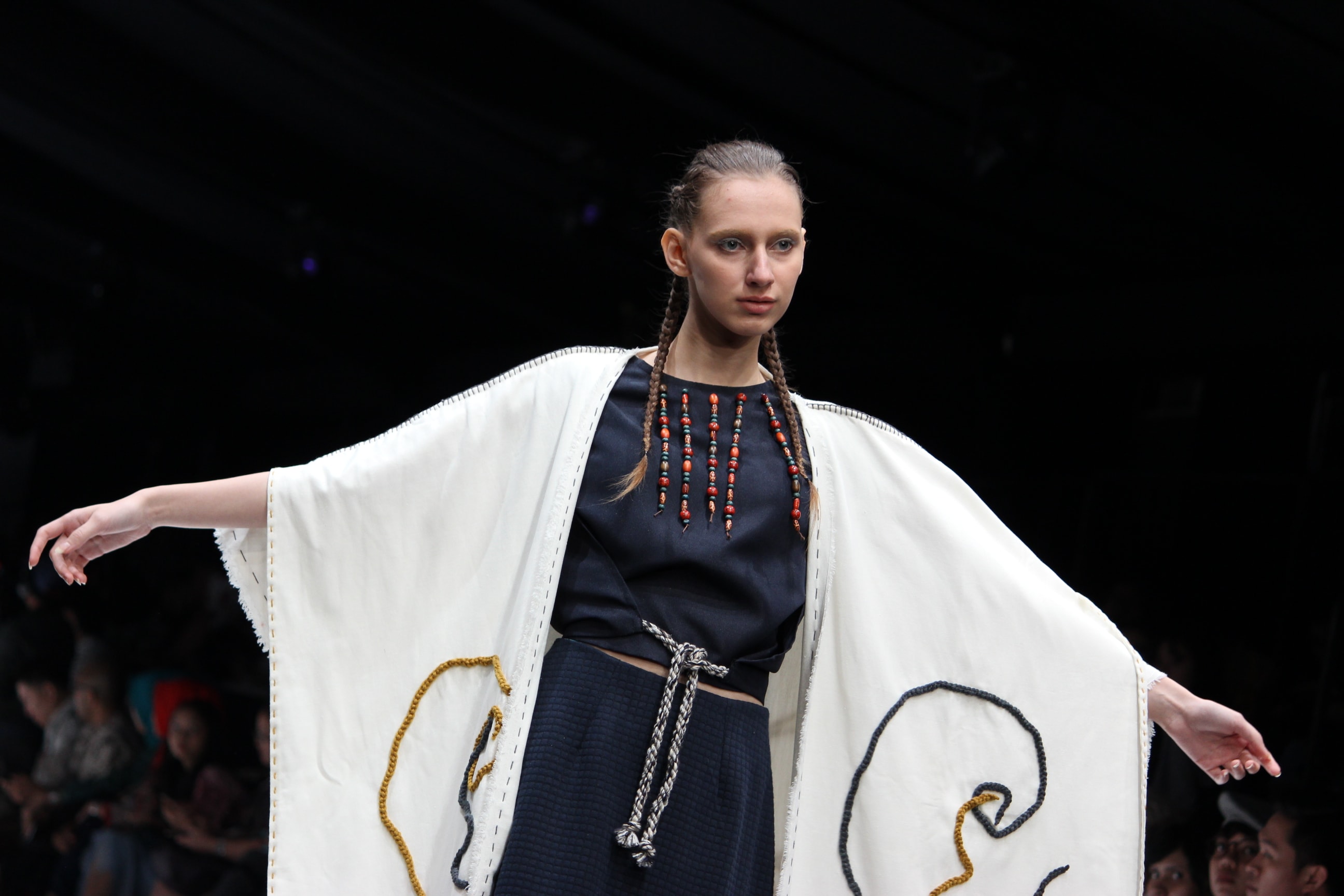 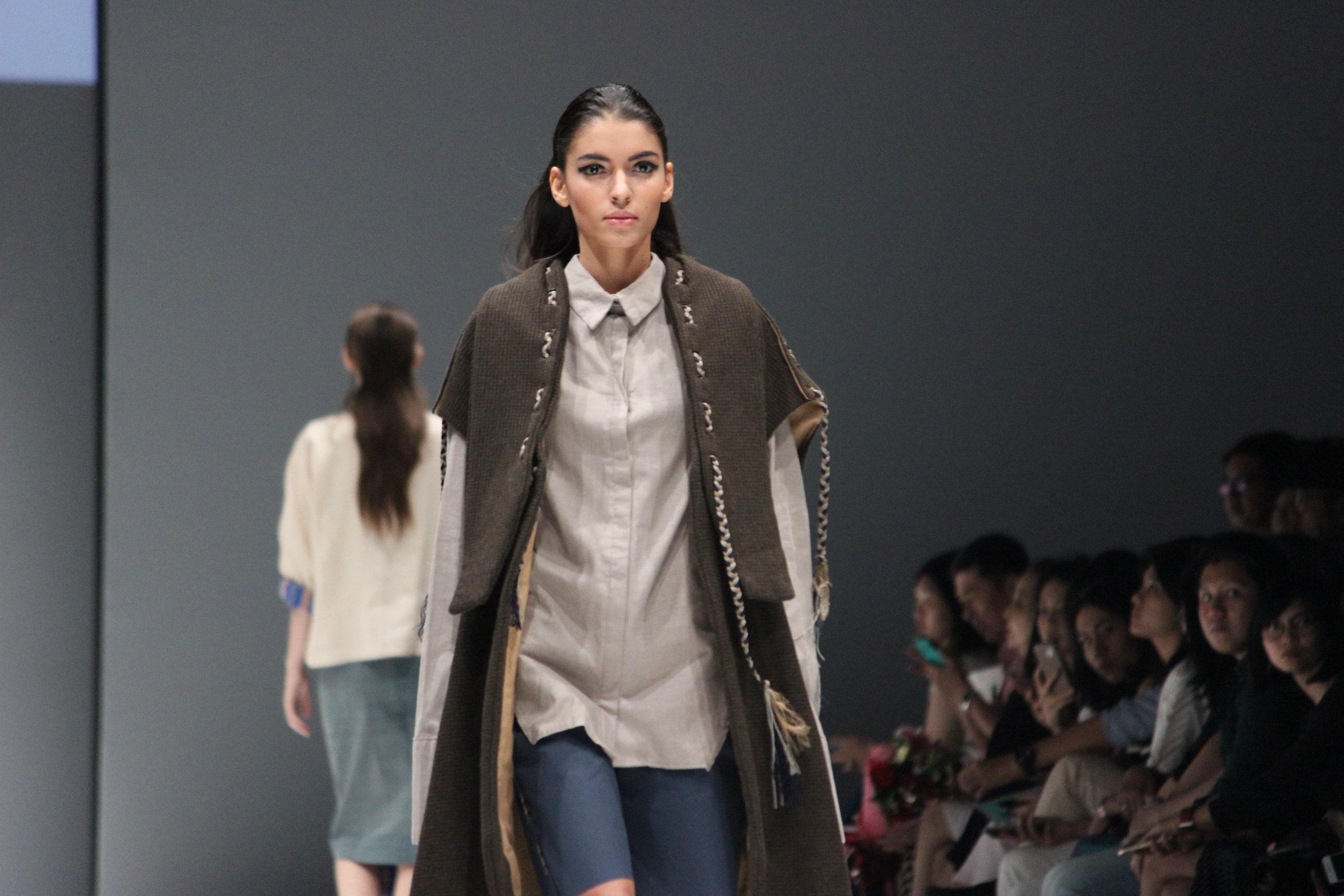 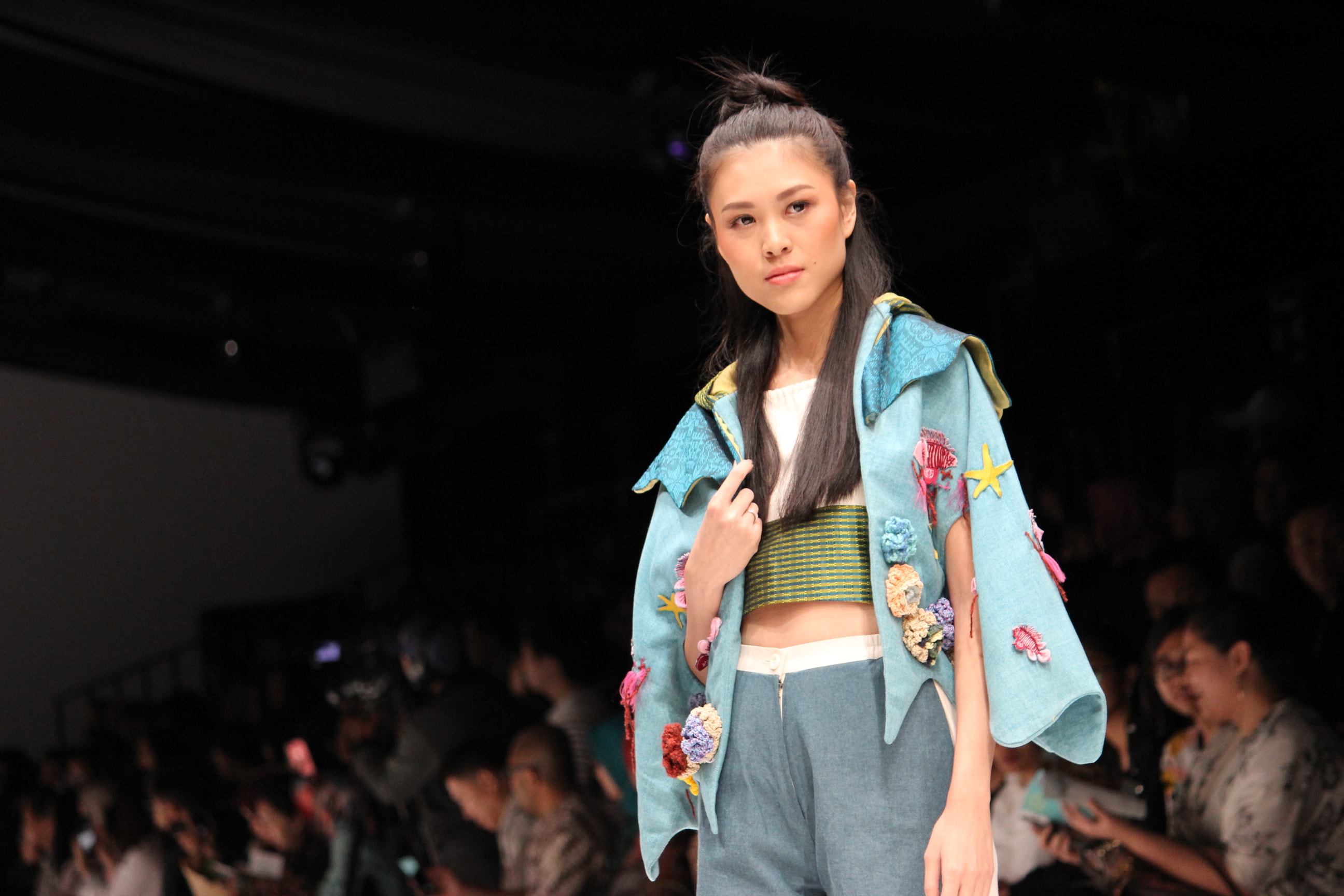 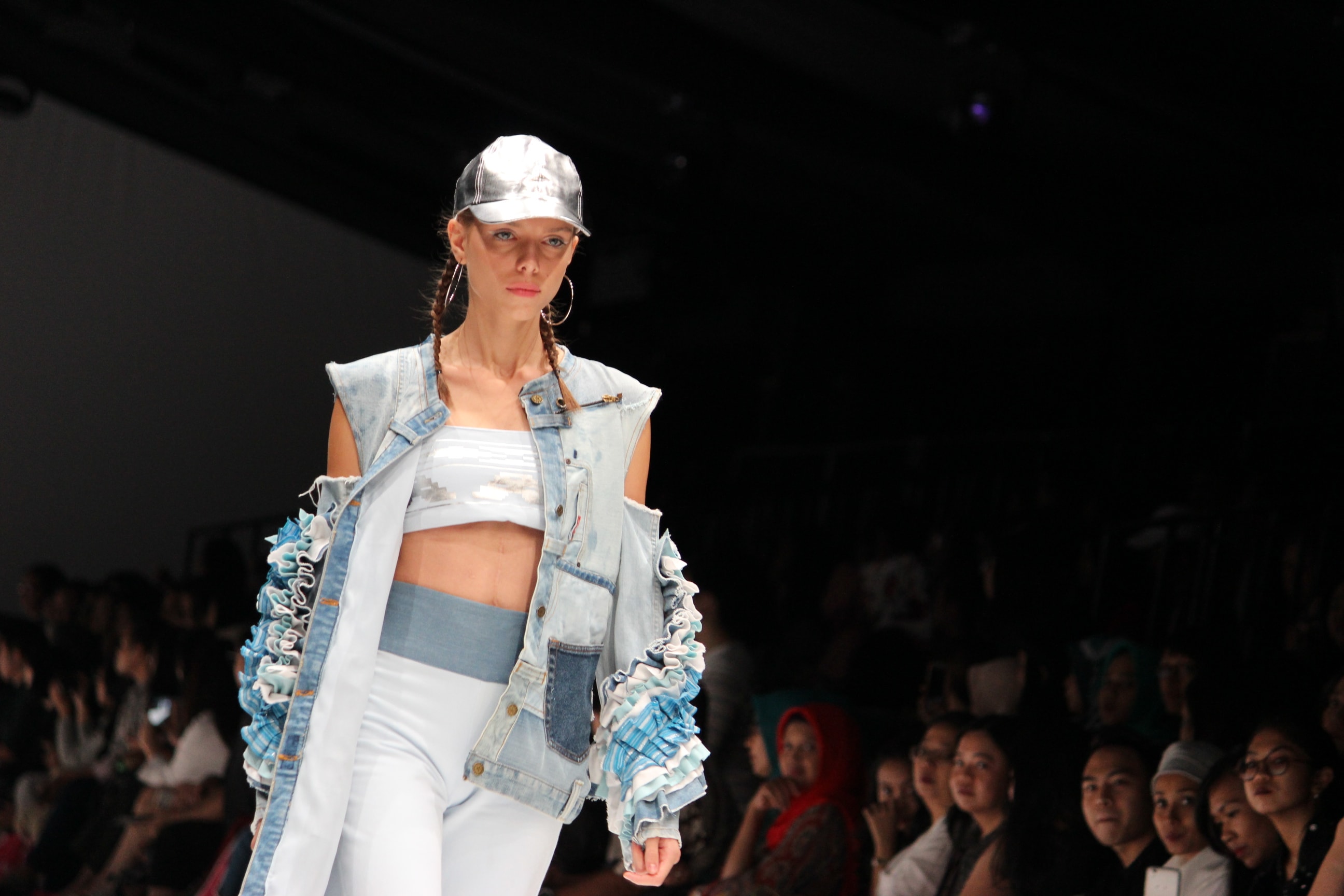 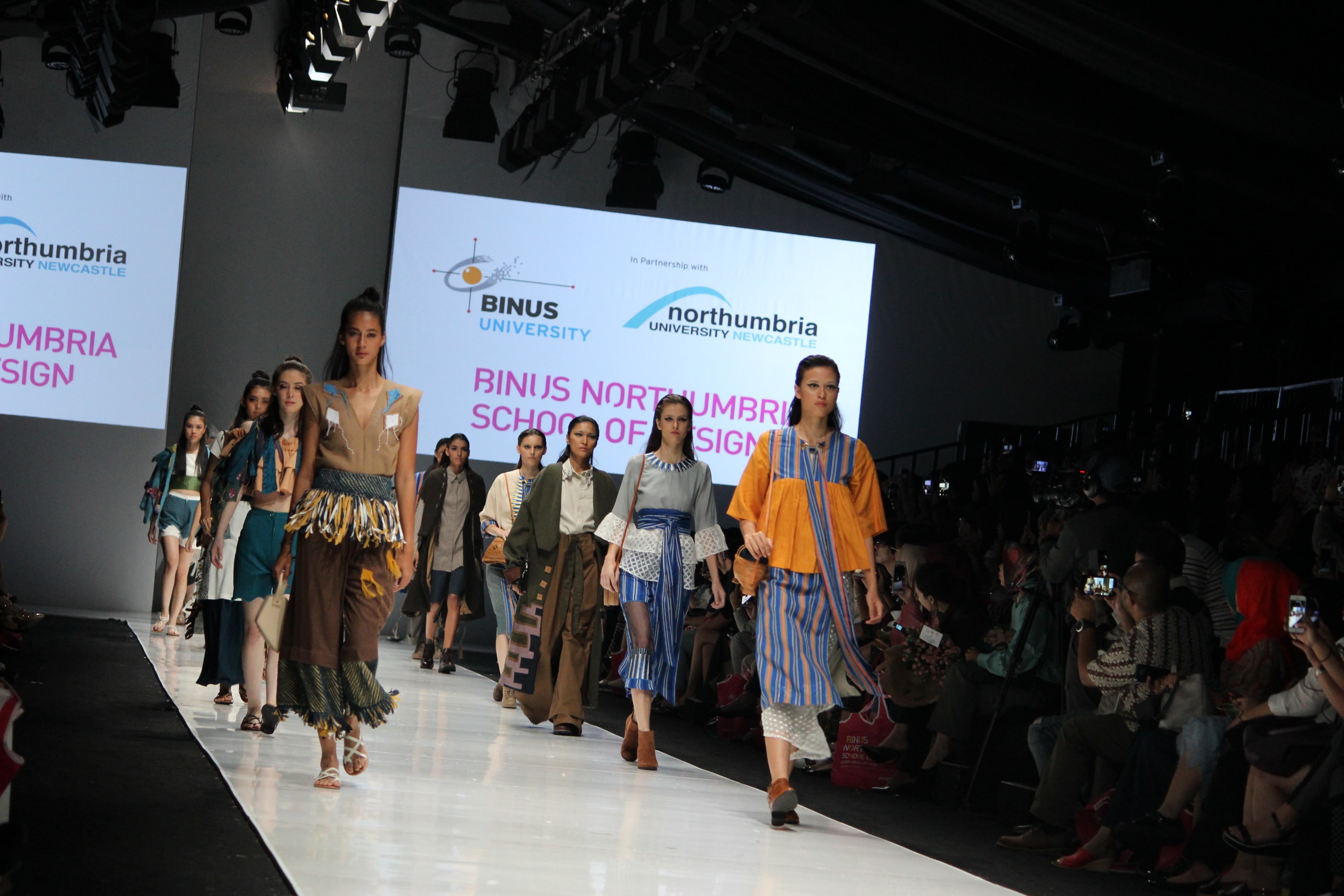 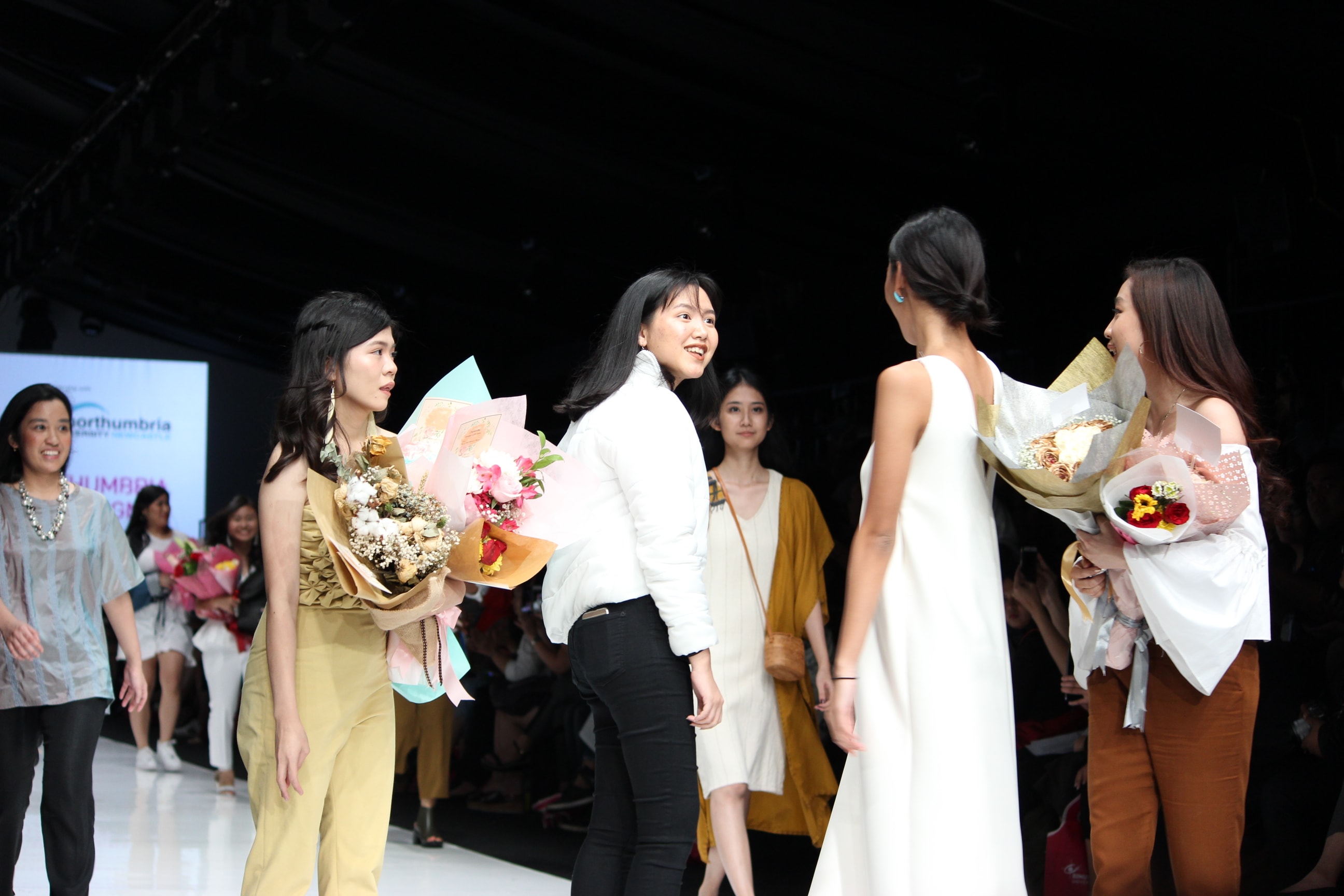