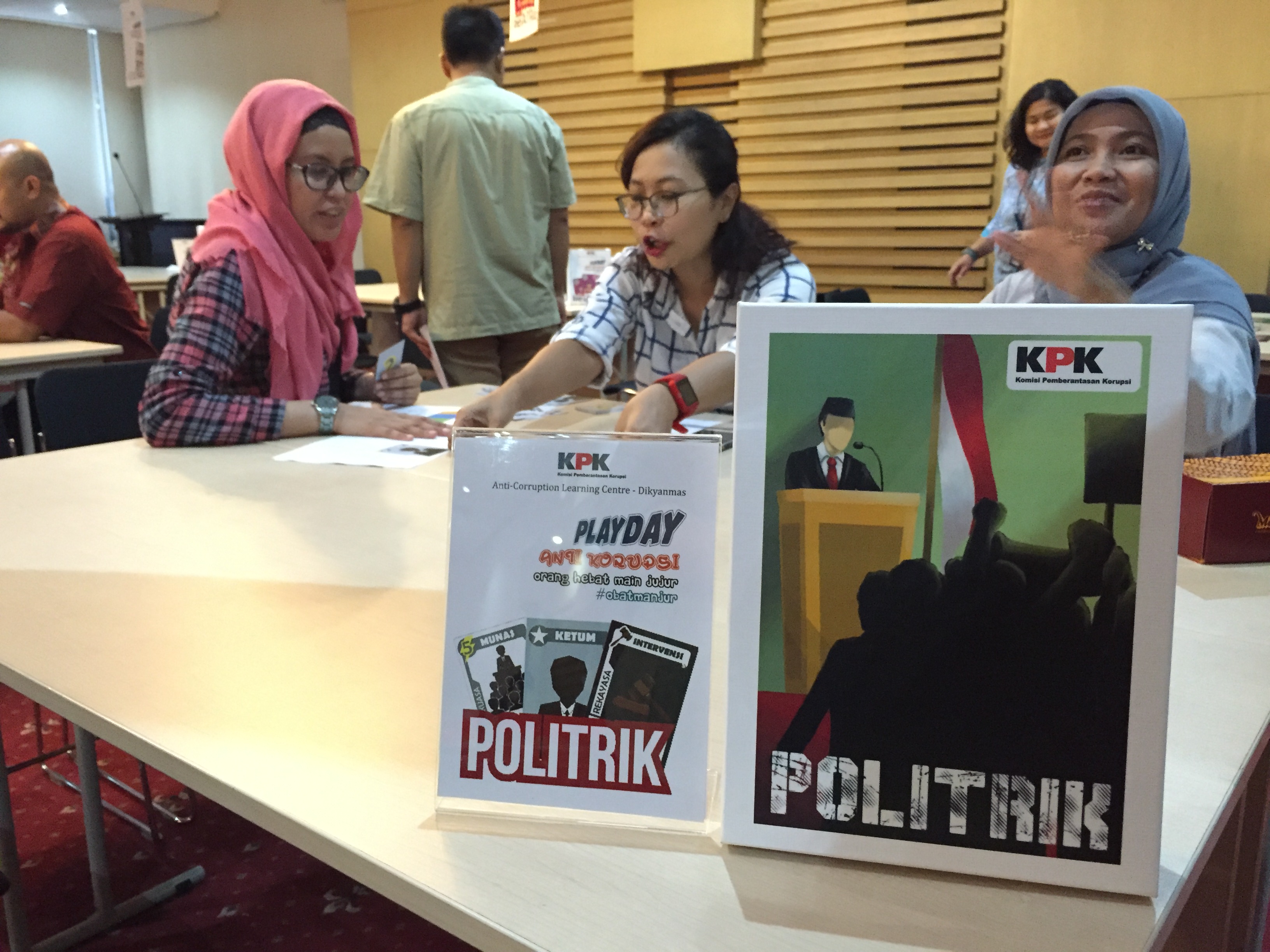 KPK has an initiative called the ACLC which stands for Anti Corruption Learning Center, established in December 2011. Its main goal is to support the attempt of corruption eradication through education where anti-corruption will be the main focus of its activities. This year, the KPK through the ACLC decided to adapt another approach in educating younger generation: through playing games, especially board games.

In doing so, they had the support from Mr. Eko Nugroho the GameLab Principal Researcher and the founder of Kummara Game Developer. He and his team of game designers from Kummara to create seven prototypes of board games with anti-corruption and honesty as its main theme and focus. Also supporting the creation of these prototypes were Binus Gamelab and students from Graphic Design and New Media program from Binus Northumbria School of Design (BNSD).

The students involved were Koletta Anastasia, Intan Putri Pratiwi, Claudia Stephanie, and Anak Agung Ayu Putriadinda Kirana, all of which are batch 2017 students from Graphic Design major. This team of students were helping the team from Kummara in creating illustrations for six out of seven prototypes of board game for KPK. The initial meeting between these two teams were discussing the details of the six board game prototypes the students were going to help create, and getting the students to understand the content and the message of the game to be conveyed through their illustrations.

During the process of creating the illustrations, the students team were working closely with Rio Fredericco (The Project Leader) and Brendan Satria(Lead Designer). The students regularly shown their progress starting from their rough sketches up until the final illustrations.

After the illustrations has been accepted by Rio and Brendan, they were finally being processed to be displayed during the KPK Playday; an event held by KPK to socialize the board game prototypes and to hold playtest session. The event was attended by several high-school and elementary students, anti-corruption university students community, as well as various magazines and organisations.

At the KPK playday, which was held on Friday, April 15th, 2016, the students team had the chance to actually visit the KPK building and meet the game designers. The event was opened by Mr. Laode M. Syarif, the deputy head of KPK who also promoted their previously made digital game which is also geared towards anti-corruption education called ‘Sahabat Pemberani’. It was quite an exciting moment for everyone to see their design finally being realised and seen by everyone for the playtest session.