BINUS Northumbria School of Design (BNSD) hosted a Kirié Workshop with Shu Kubo, a Japanese cutting-edge Kirié artist of modern art, on Friday, 14 September 2018, at the BINUS fX Campus, Jakarta. Attended by students from BINUS and outside BINUS, this workshop was a joint event by the Indonesian Association of Graphic Designers (Asosiasi Desainer Grafis Indonesia/ADGI), Japan Foundation, and BINUS Northumbria School of Design.

Kirié (literally meaning cut picture) is a Japanese paper cutting art, and it is said to have developed after 610 AD when Tesuki Washi paper, invented in China, was brought to Japan by Doncho, a Buddhist monk from Korea. The Japanese commercialized paper was made by hand and by 800 AD, their skills were unrivaled. The abundance of Japanese washi meant paper cutting and offshoots such as Kamikiri (performance papercutting in Edo Japan) developed at a very fast pace.

In this workshop, the participants were taught about the history of paper and paper cutting art in Japan, the utilization of Kirié in the past and modern days, as well as practicing the basic skill of Kirié itself. Directly and closely taught by the master himself, the participants enthusiastically performed various processes from tracing the pattern with a pen cutter, roping, and preparing for a display.

Rege Indrastudianto from ADGI explained that this workshop was held to provide an opportunity for the students to understand and learn about Kirié, as well as to prepare them for the Kirié Workshop in the Japan Village event that was held from 15-16 September 2018 at AEON Mall BSD City. “BINUS itself is very open to the opportunity for collaboration. And we hope in the future we can continuously hold various events that will be useful for the students,” he added.

Shu Kubo was born in Japan in 1951. He discovered Kirié during his university years studying architecture. His career began in Osaka in 1977, where his first gallery exhibition took him to other cities throughout Japan drawing strong attention. His one-year stay in Spain in 1984 taught him sketching techniques. After his return, he created his original method of mixed media in his works, which is a combination of pastel paint, acrylic paint, fabric, sand, and other materials from his days in Spain.

His exclusive taste for washi paper creates a fine-tuned work with his knife on one sheet. At times, he creates three-dimensional depth using thin washi paper layered in volume, pulling out the original vibrant colors expressing the texture of the subject.

Kubo applies Kirié, an ancient art that was also used to design kimono, in a contemporary form. In his hand, Kirié is used in designing packaging (such as beer cans), stamps, and also textile. Kubo’s proficiency in Kirié also let him gain the trust to design a special tissue box, an item where there’s only one in the world with the price of approximately one million Yen.

His seasonal works garnered immense praise, leading him to hold an exhibition in 2008 in New York, hosted by “The Nippon Club”, and he received a sensational response. With his appointment of “Special Advisor for the Cultural Exchange Agency” by the Agency for Cultural Affairs of Japan in 2009, Kubo moved to New York in December, spending three months there holding activities sharing Japanese culture through Kirié. His gateway to overseas has widened to the USA, Spain, Portugal, the Philippines, Malaysia, Ukraine, Russia, Iran, Cuba, Turkey, Georgia, and China, holding exhibitions from 2010 onwards, along with cultural exchanges through workshops and lectures.

“Kirié can be used in a variety of products. I hope, after this workshop, all the participants will continuously study Kirié and be able to apply it in their designs,” he concluded. 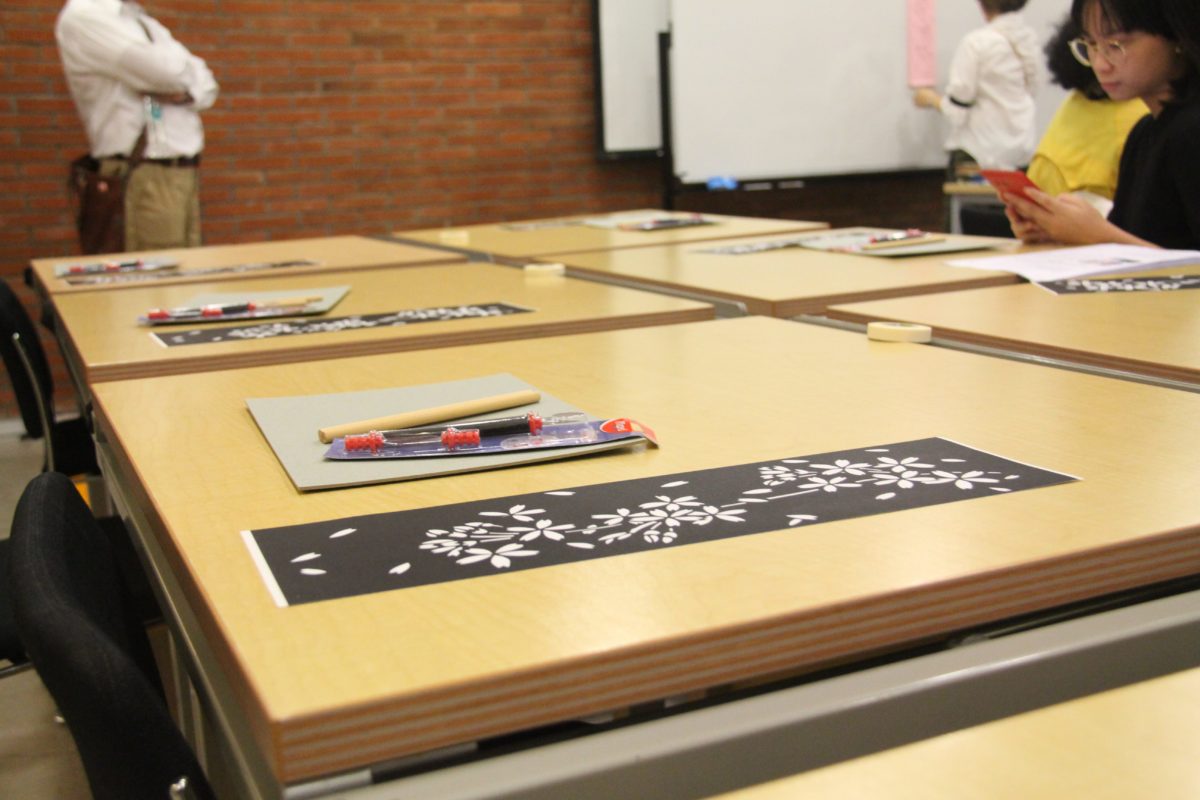 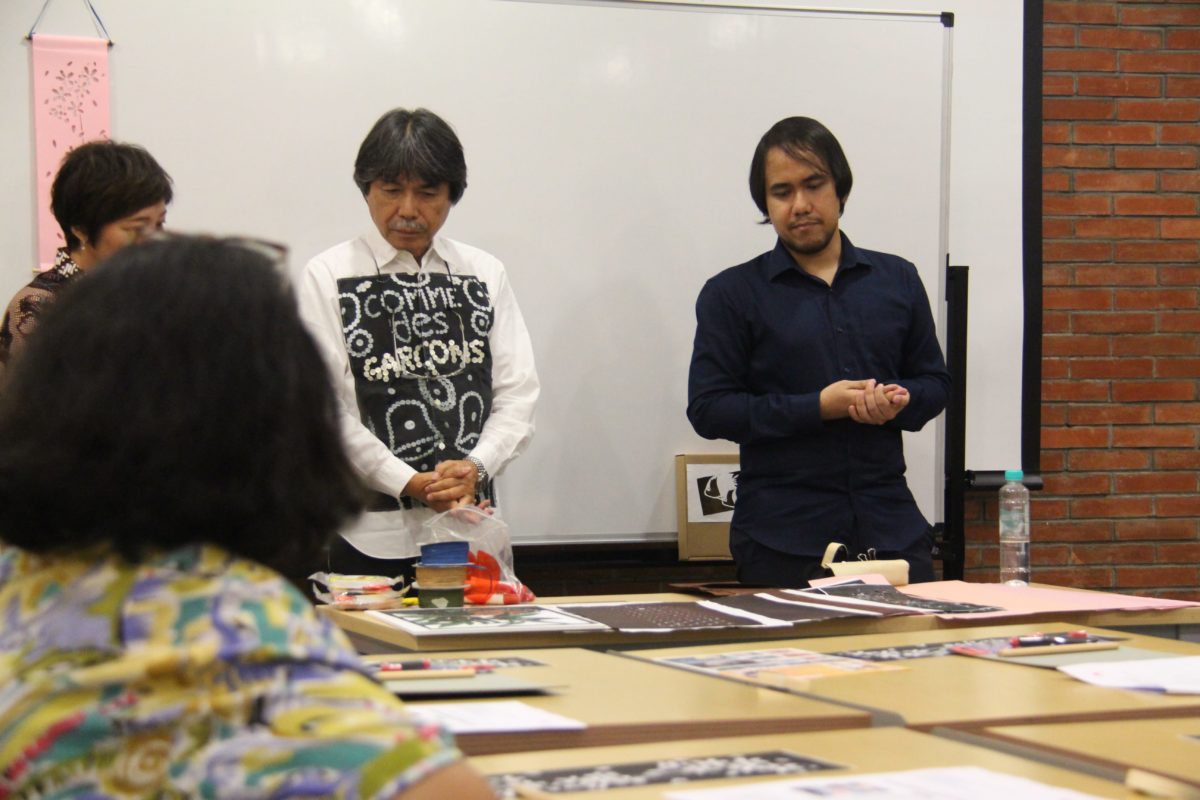 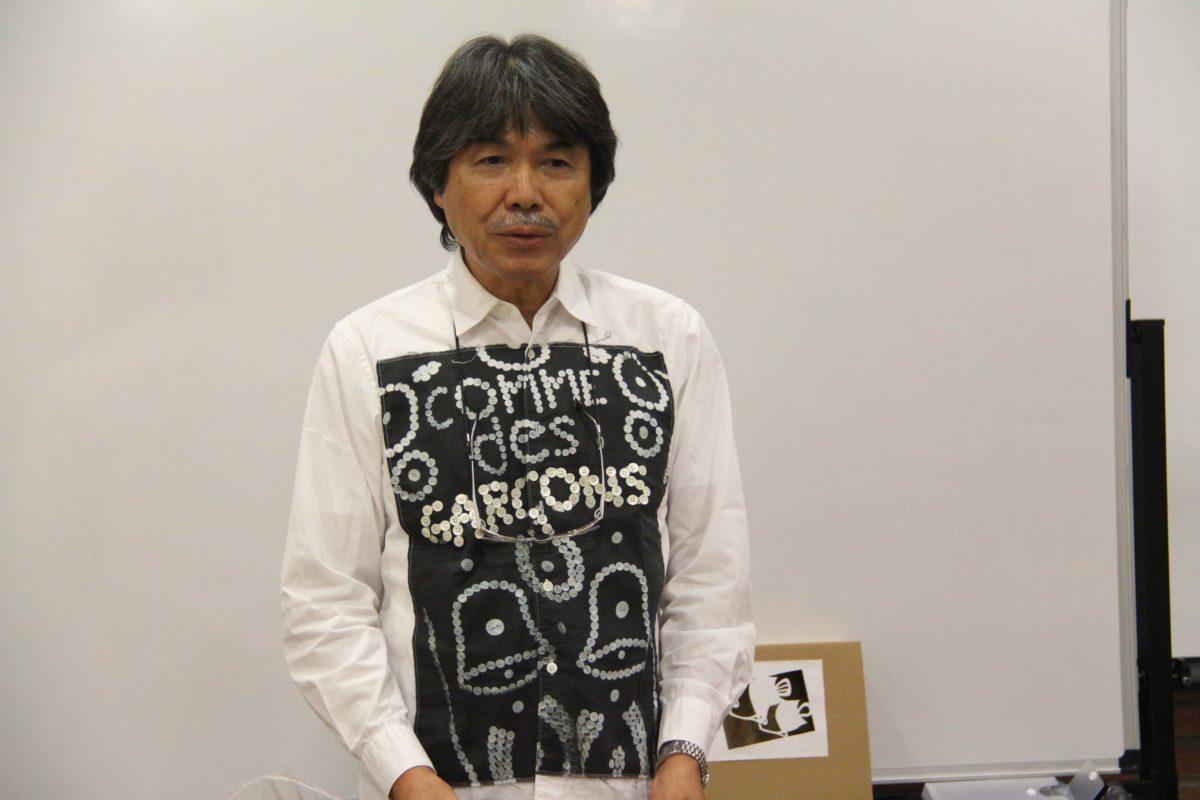 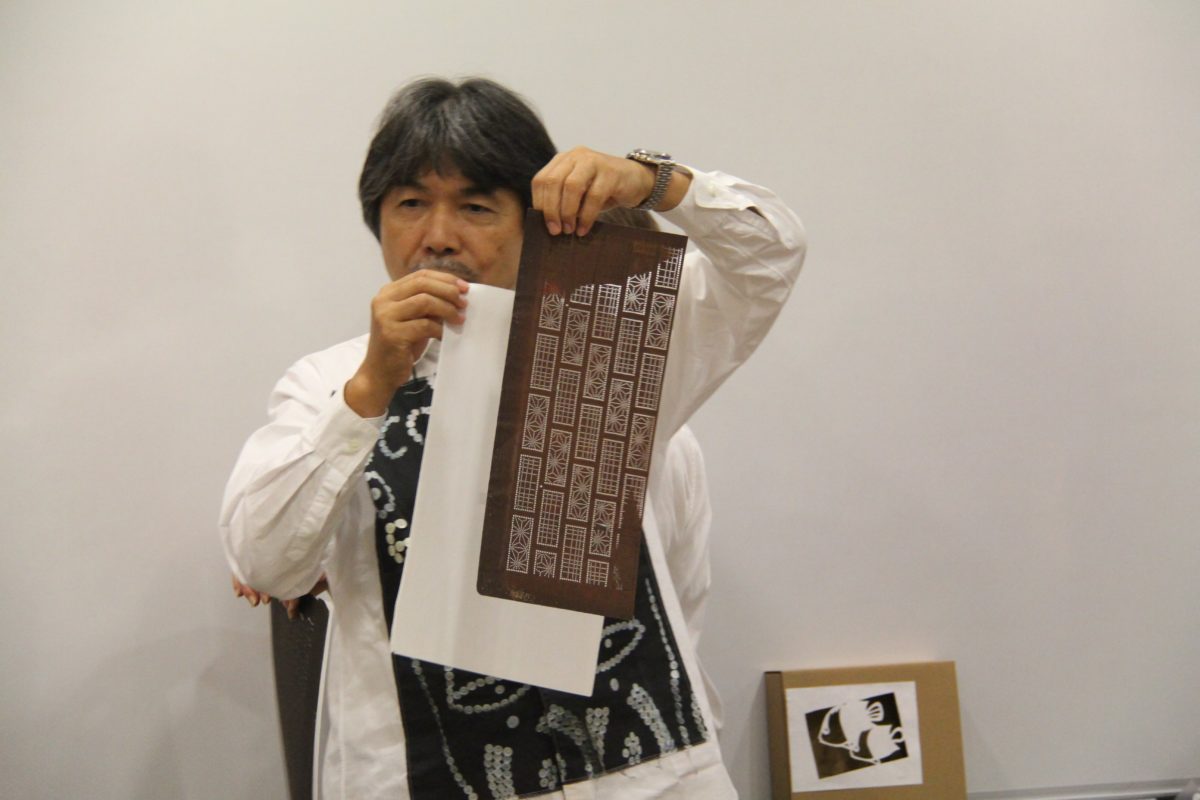 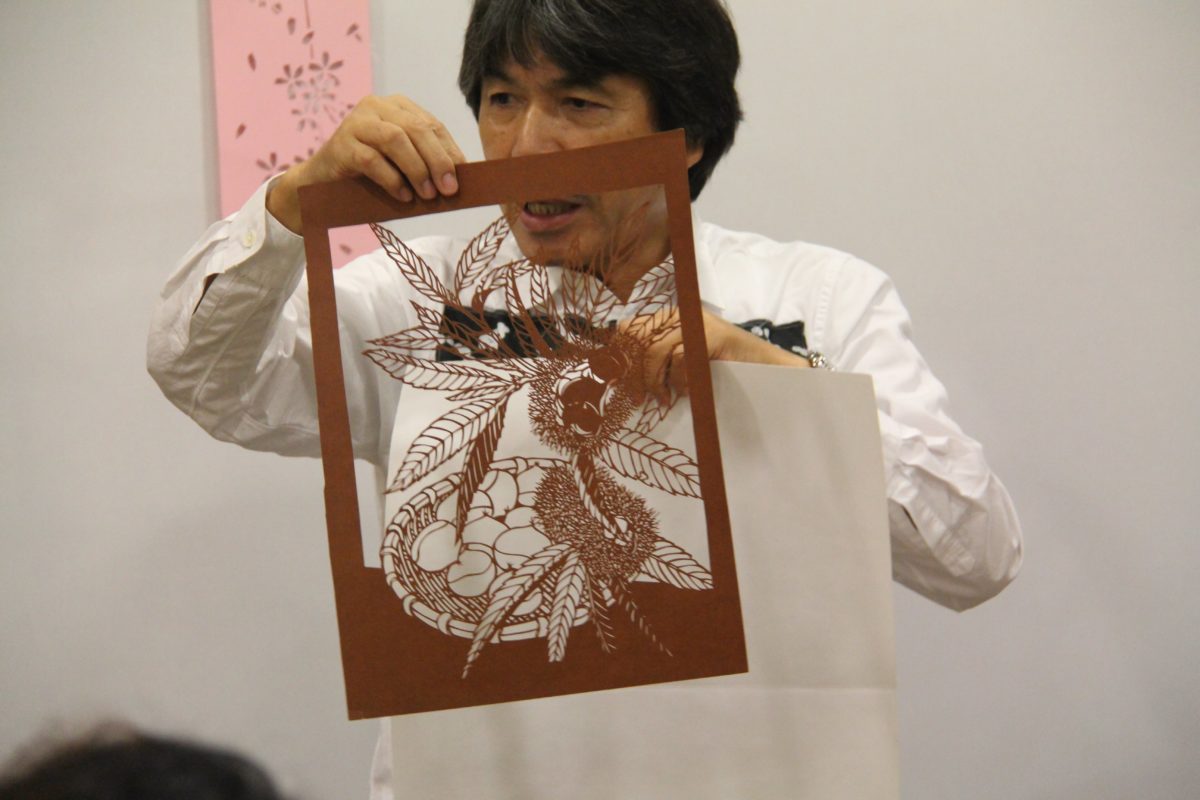 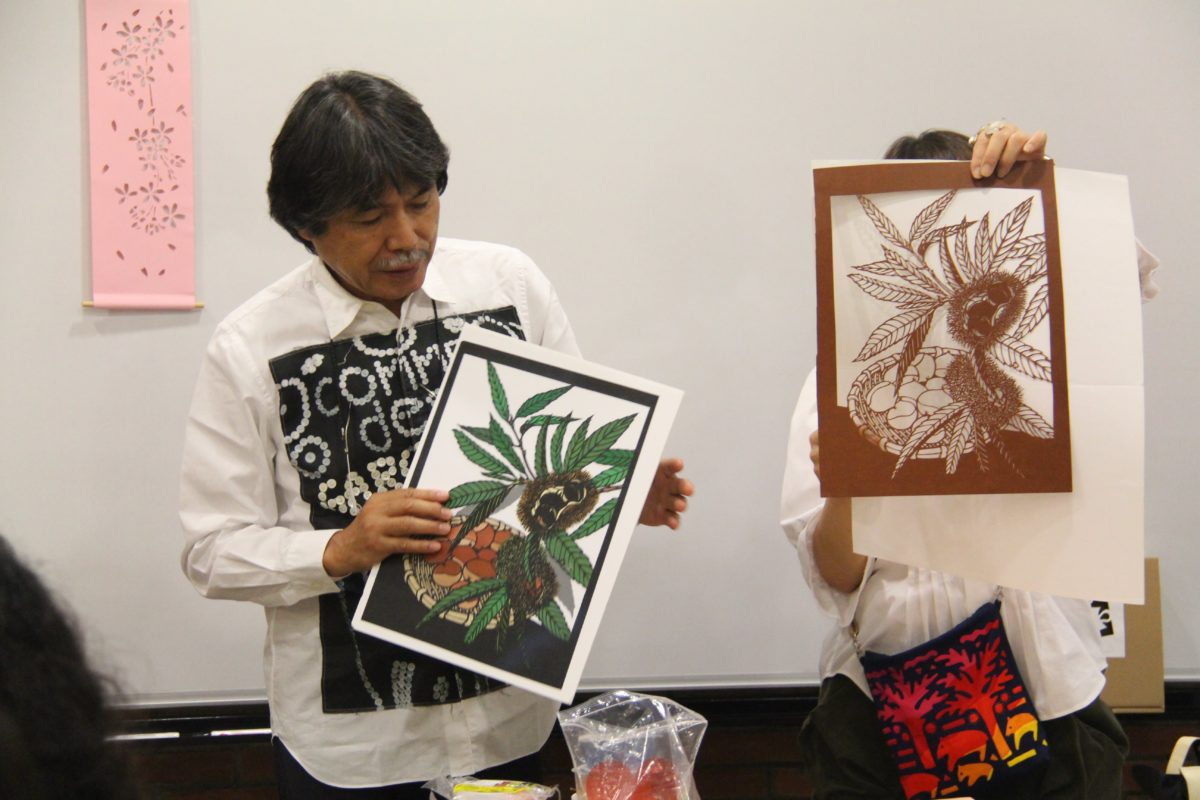 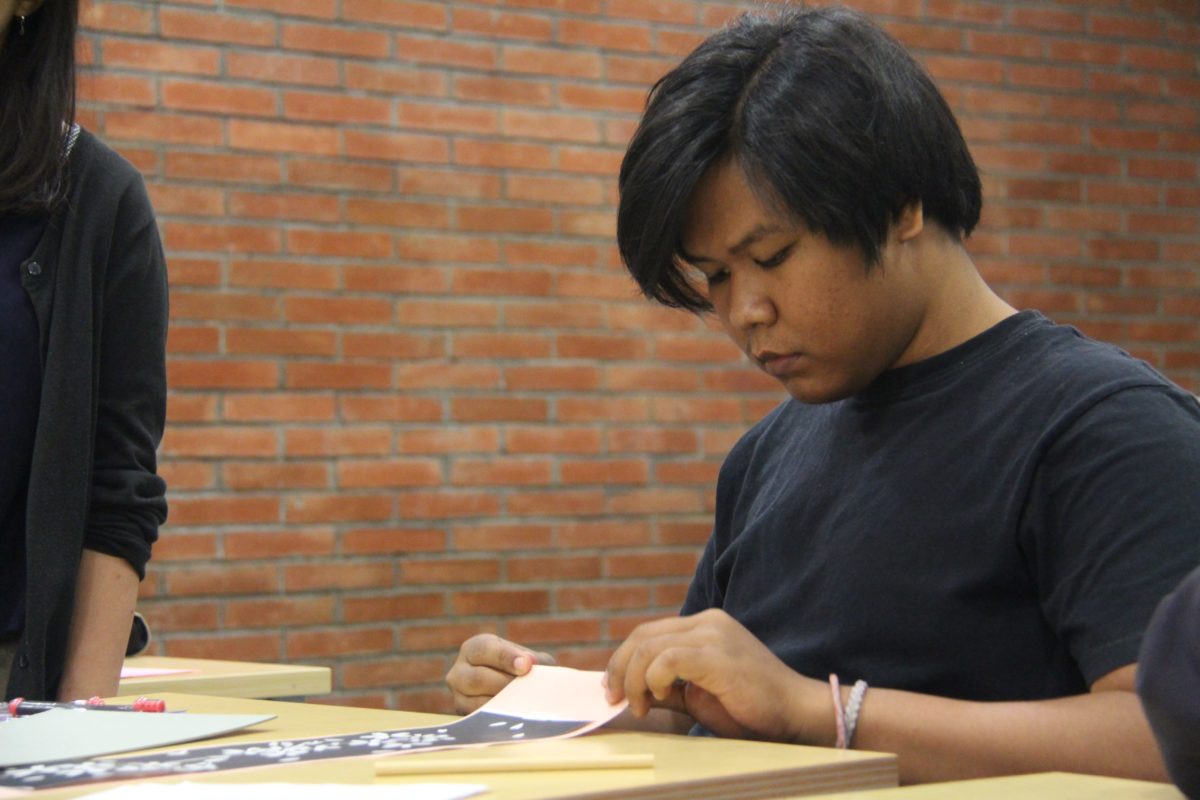 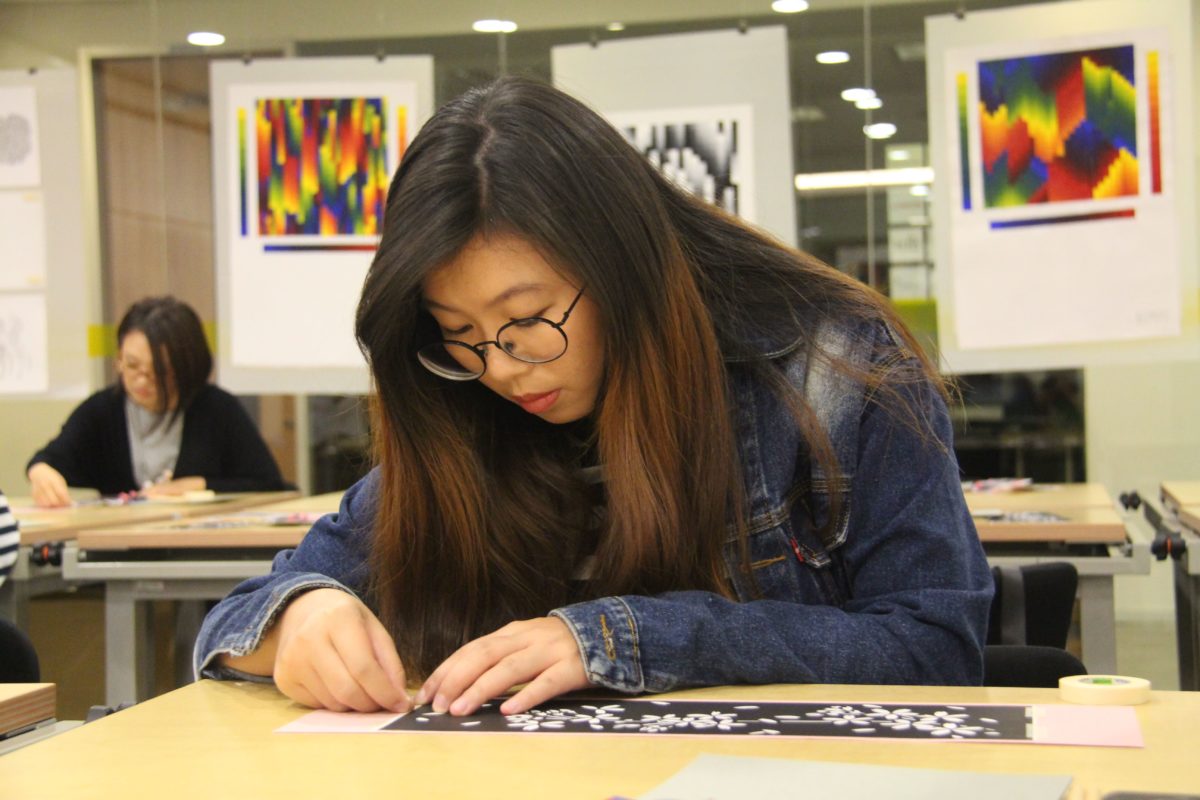 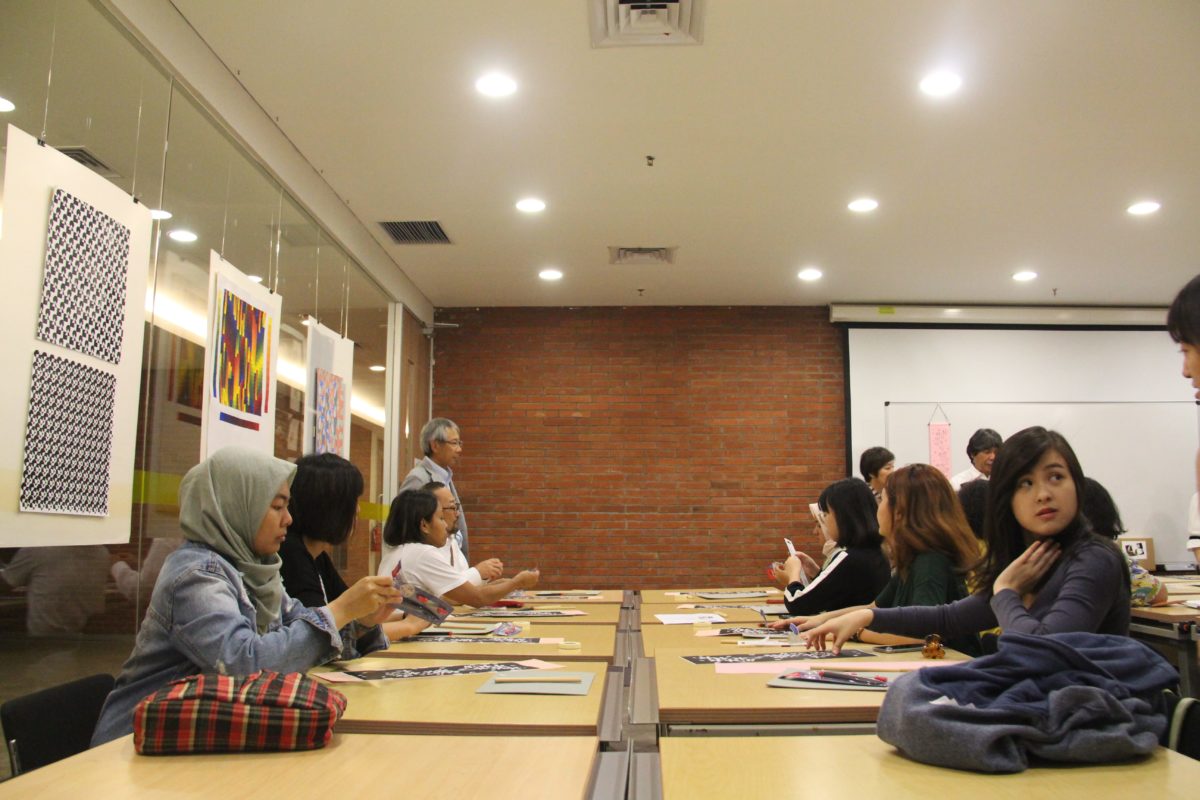 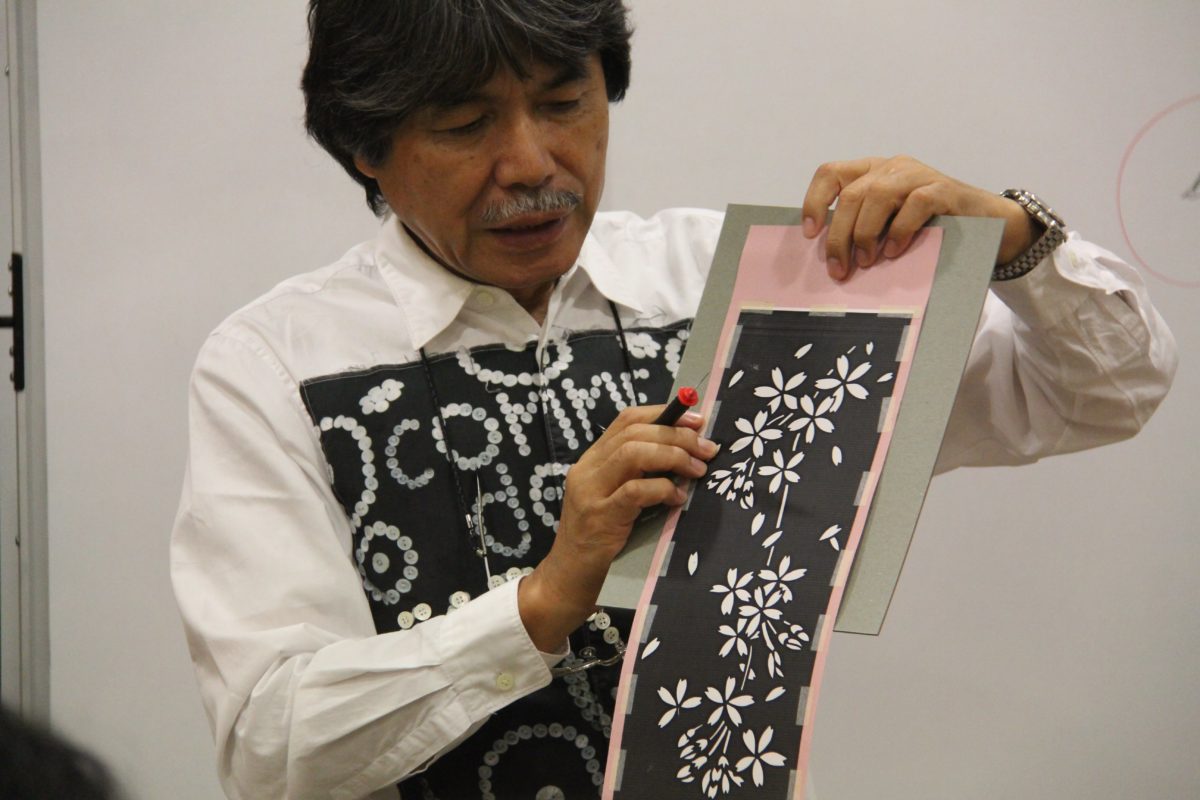 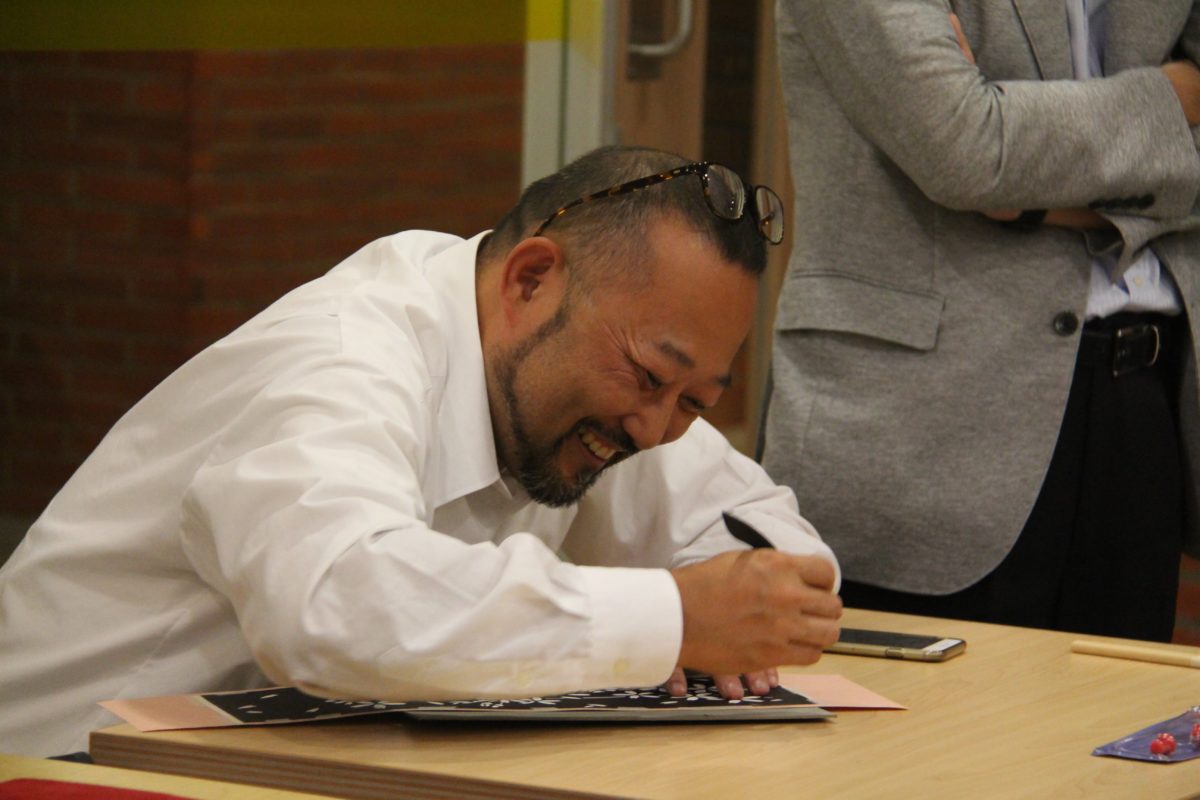 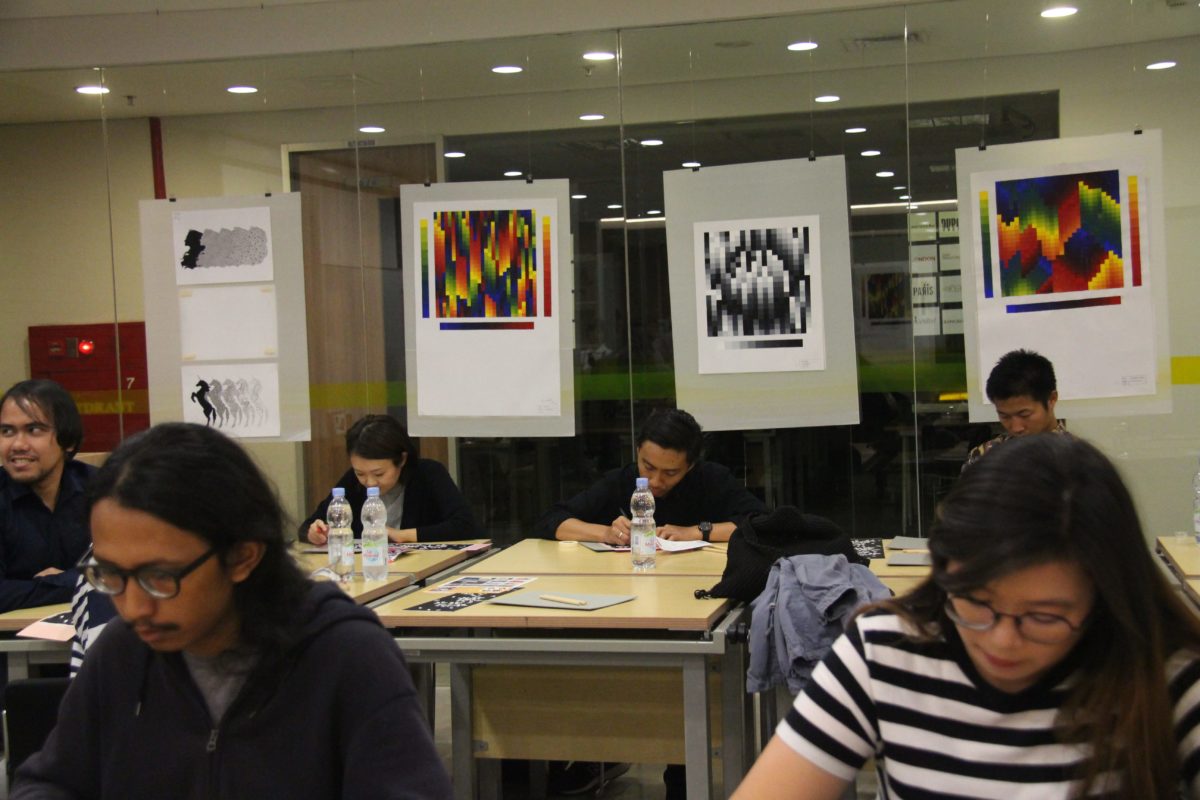 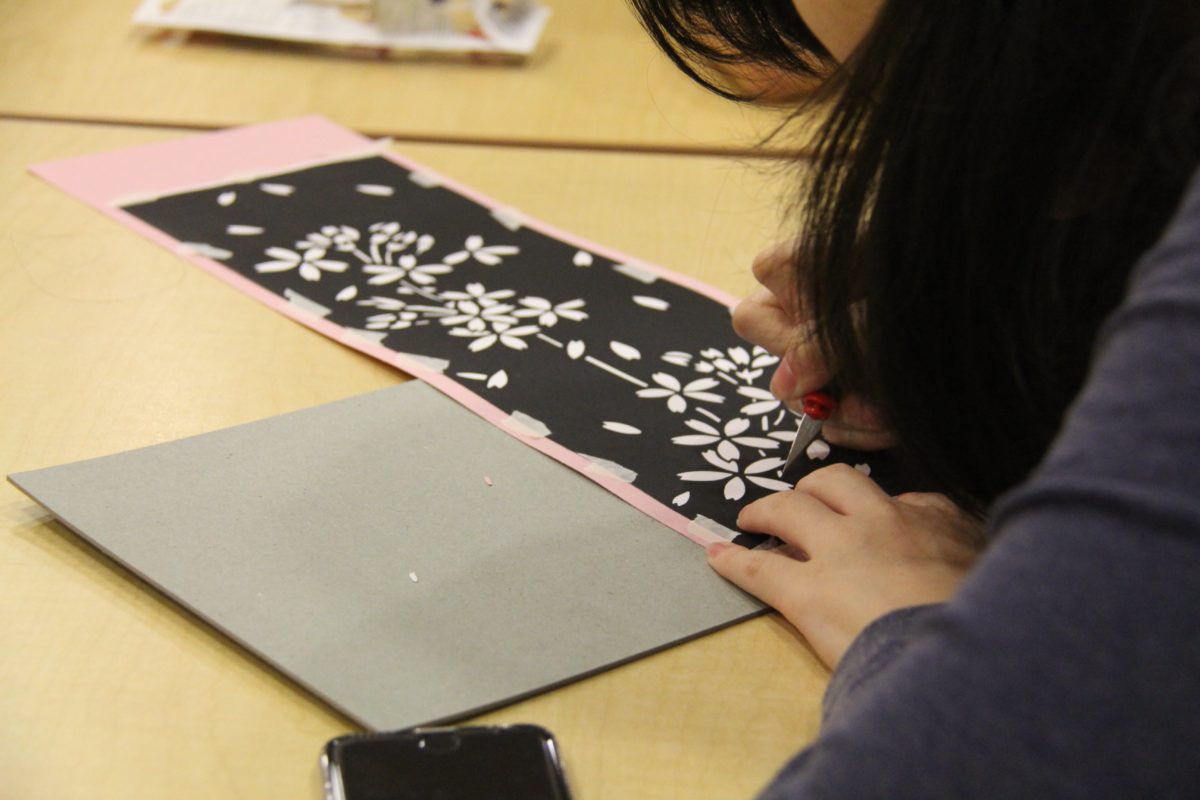 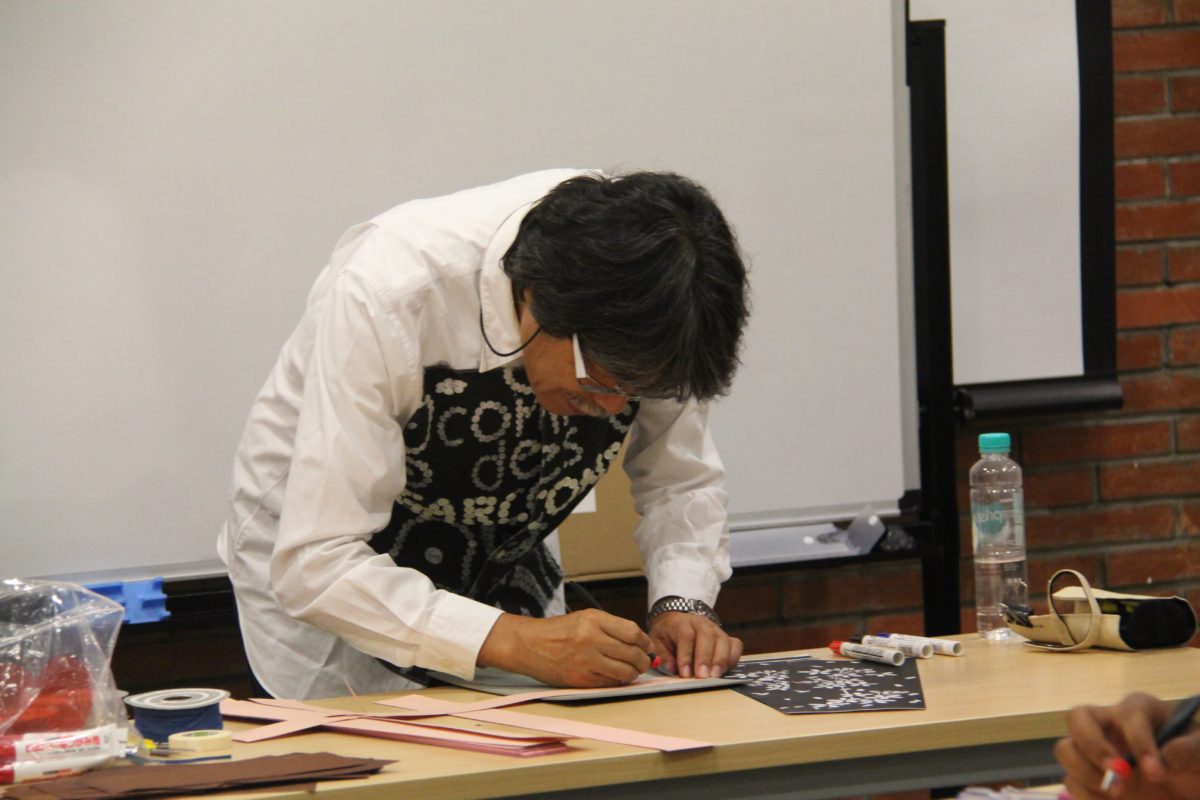 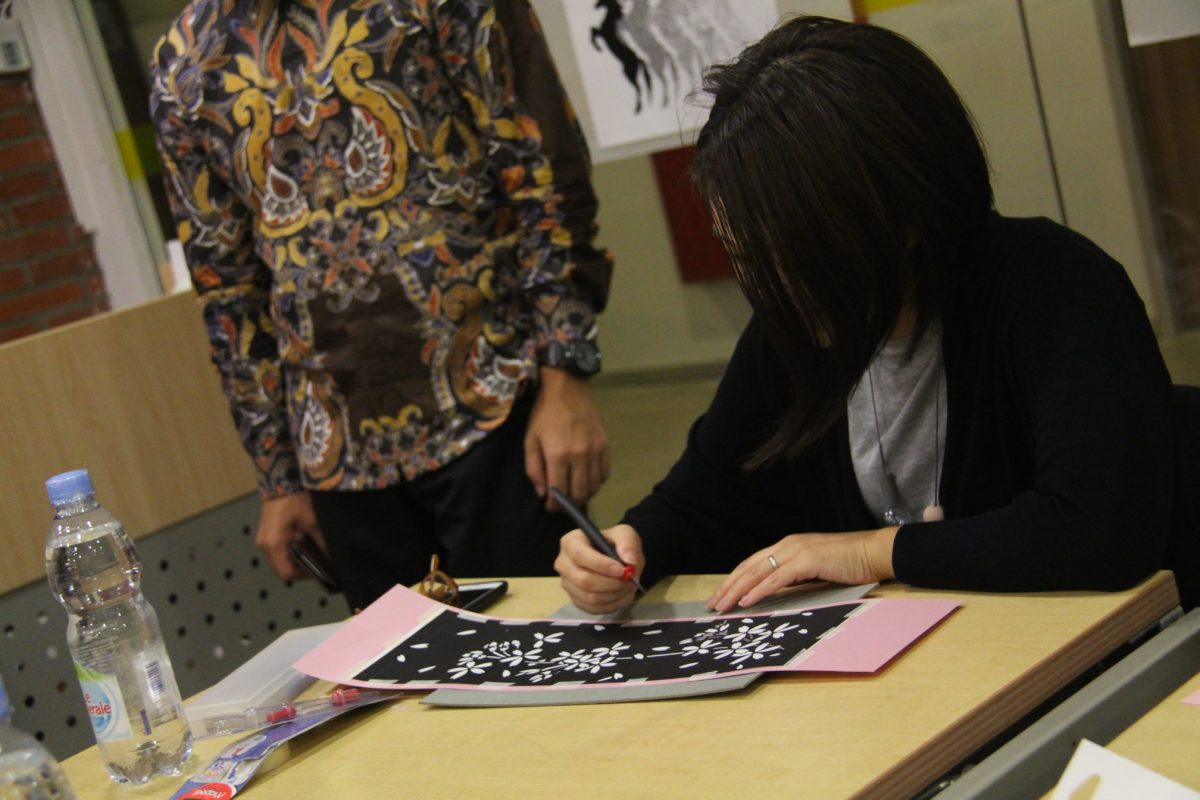 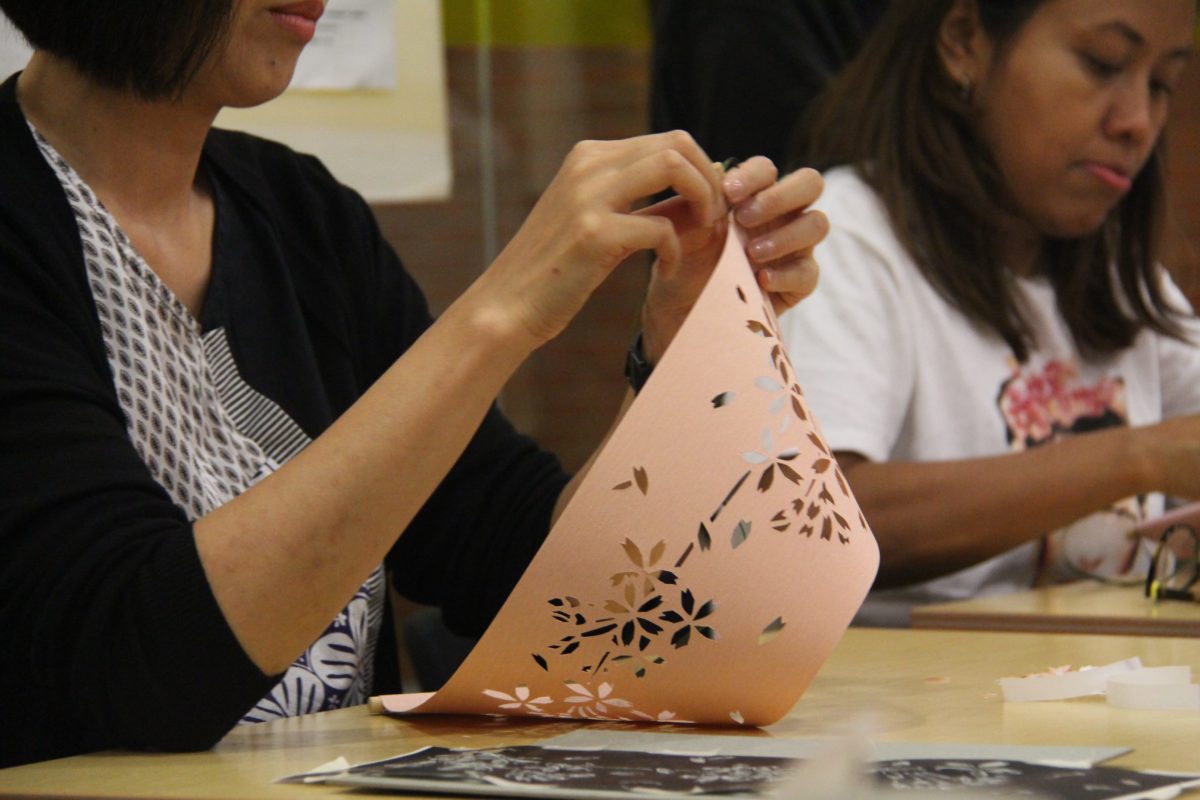 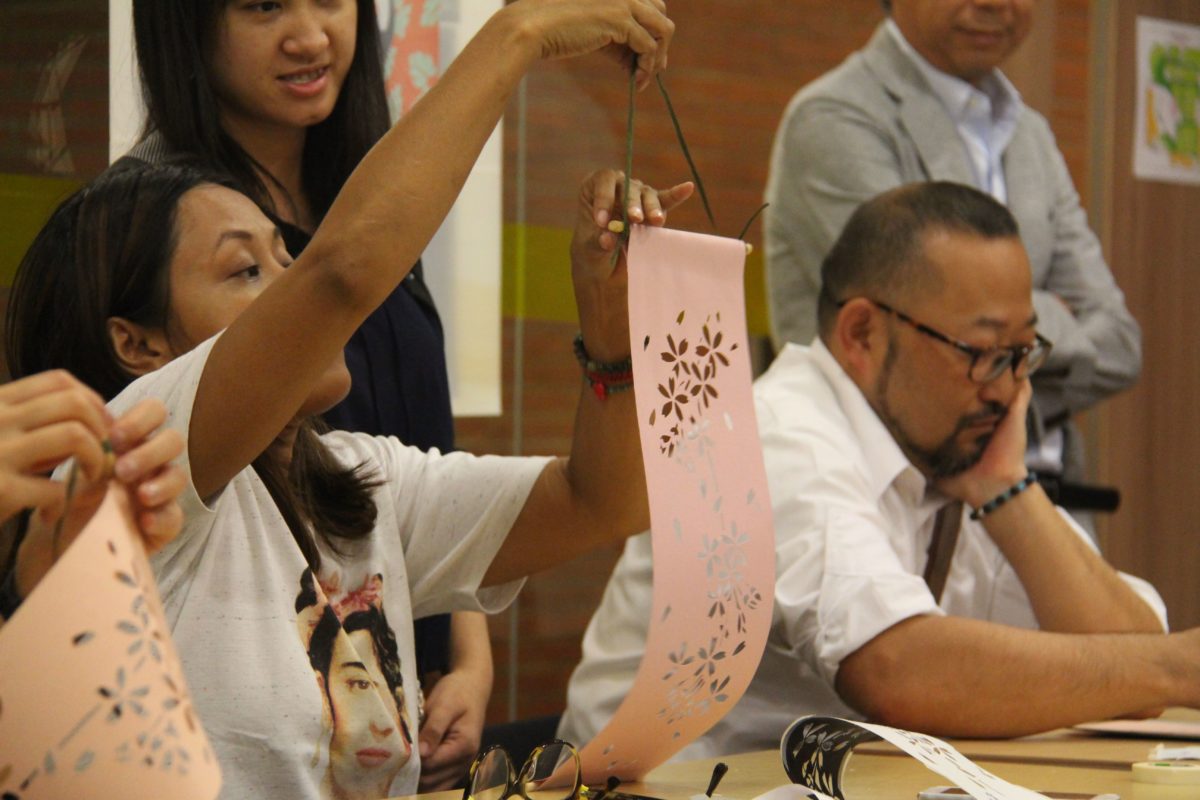 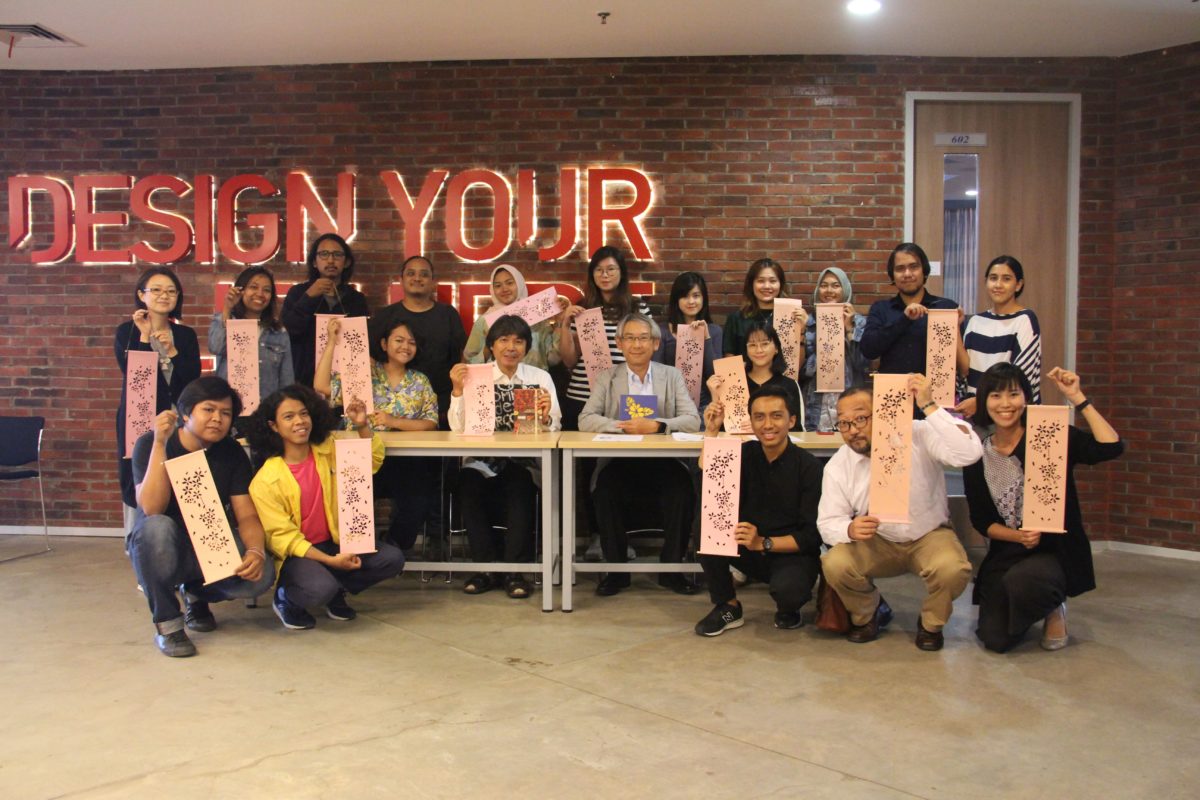