Bringing out Tradition in Modern Times: A Mission to Preserve the Indonesian Local Heritage through Fashion Collections

From embroidery to ikat, from songket to batik. With that kind of rich craft culture and high variety of textile techniques from 700 ethnic groups made by Indians, Chinese, Arabs, Malays, and Europeans – each of the groups has its own cultural uniqueness – plus high skill craftsmanship, it’s fair to say that Indonesia is the world’s home of handicrafts.

However, some of these heritages and traditions are going extinct. There are issues and complexities that have caused the vanishing and lack of appreciation towards local cultures. So, the question is how to preserve it? How do we keep that cultural richness alive in this modern era?

During the “Fashion – Out of Tradition, into Modern Times” lecture session, a part of the Evening Lectures Series by the Indonesian Heritage Society, that was held on Tuesday, 17 September 2019, at Erasmus Huis, Jakarta, Ratna Dewi Paramita, the Head of the Fashion Program at BINUS Northumbria School of Design (BNSD), said that the first thing that is needed to do is to recognize and analyze the shifting trends. Nowadays, the sustainability issue is identified as a priority in fashion. Therefore, fashion pieces – in this case, local crafts and textile products – are not just about aesthetics. They need to be ethically sourced, have ergonomics, and be able to answer sustainability issues.

The next thing to do is to infuse modernity into the tradition to appeal to the younger generation more. With all the rich culture and traditions, as well as the long history behind them, there are so many stories that can be delivered through local textiles and crafts. By using the ‘learning by doing methods and practices’ based on the current generation to motivate them, plus with modernity infused into these heritages, that richness can be conveyed to the younger generation more effectively. “The challenge is to develop contemporary designs, taking culture as an inspiration and move it into fashion pieces,” said Ratna.

BNSD, Ratna continued, consistently brings the local culture and its elements into contemporary forms in order to support and promote Indonesian local traditions and heritage. One way to realize this support is by frequently conducting research through field trips to various areas and provinces in Indonesia together with the students and lecturers.

Through the field trips, the participants can further understand not only the fabric – including the characteristics of the materials – but also the culture as a whole, the traditional dances, the traditional houses, as well as the floras and faunas. Furthermore, they can also interact directly with the local artisans and obtain hands-on experience in using the traditional tools and methods.

The participants can then proceed to develop designs based on the experiences they gain from the trip. They can develop the designs by taking any inspirations they obtain during the research, no matter how unique and out-of-the-box they are.

In fact, Ratna explained, after a field trip to West Sumatera in 2016, one group of students even developed a fashion design based on the widely known Minang cuisine. Meanwhile, in 2018 after a trip to Lasem, there were students who developed a design from the forbidden architecture and opium lifestyle of the past.

After the final production, the fashion collections – the local culture now in a contemporary form – that were developed are then showcased in various national and international level venues. One of the most prestigious venues where these collections are showcased is Jakarta Fashion Week, the largest fashion event in Indonesia where prominent fashion designers present their masterpieces.

Ratna said that live projects like what BNSD did can motivate and challenge the students – the young generation who will carry on the mission to preserve the heritage. The engagement created by the live projects will also help the students to incorporate the theories they learn into practice more effectively.

Additionally, she continued, the technological developments nowadays also play a crucial role. By using the Internet, for example, the students can conduct secondary research to generate more ideas and concepts. They can also further learn more easily, including about the current issues in society.

At the end of her lecture session, Ratna explained that these efforts, including the research and utilization of technology, will help to commercialize the local cultures which can help to support their economic sustainability. However, BNSD has even higher aims.

“All these efforts strive not only to keep the heritage alive in this era and support the local artisans economically, but also to make it into fashion pieces that are highly valued by both local and international audiences,” she concluded. 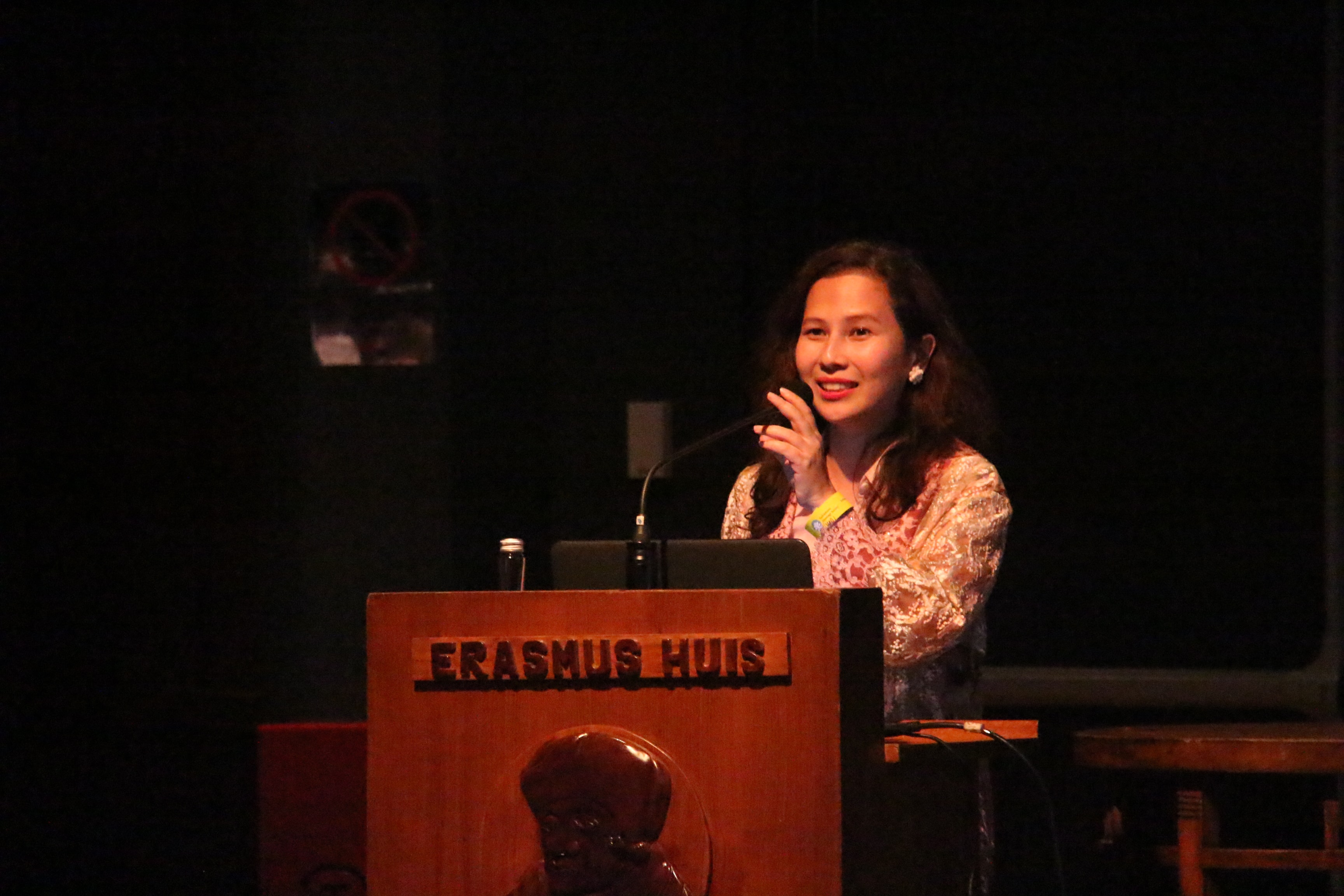 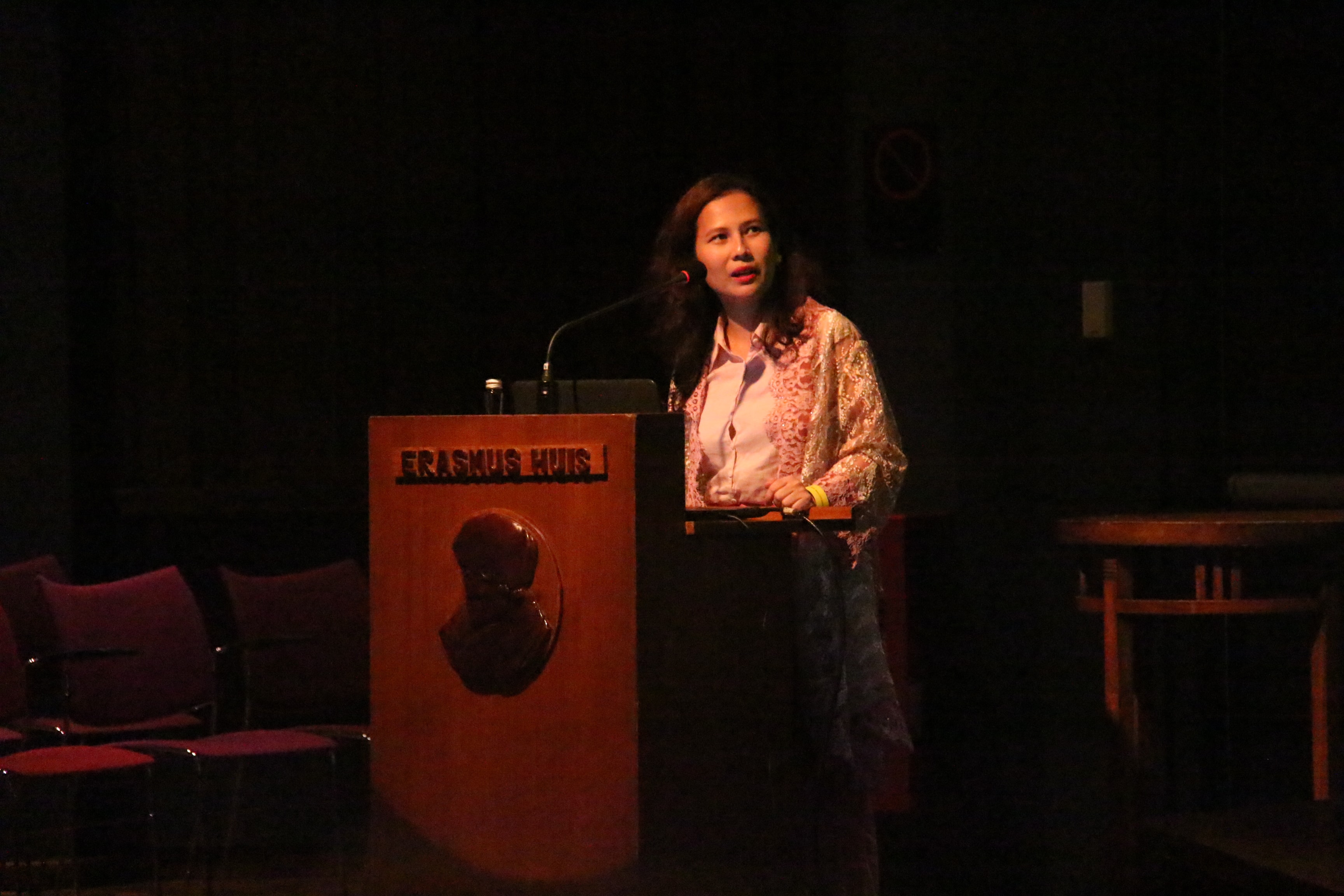 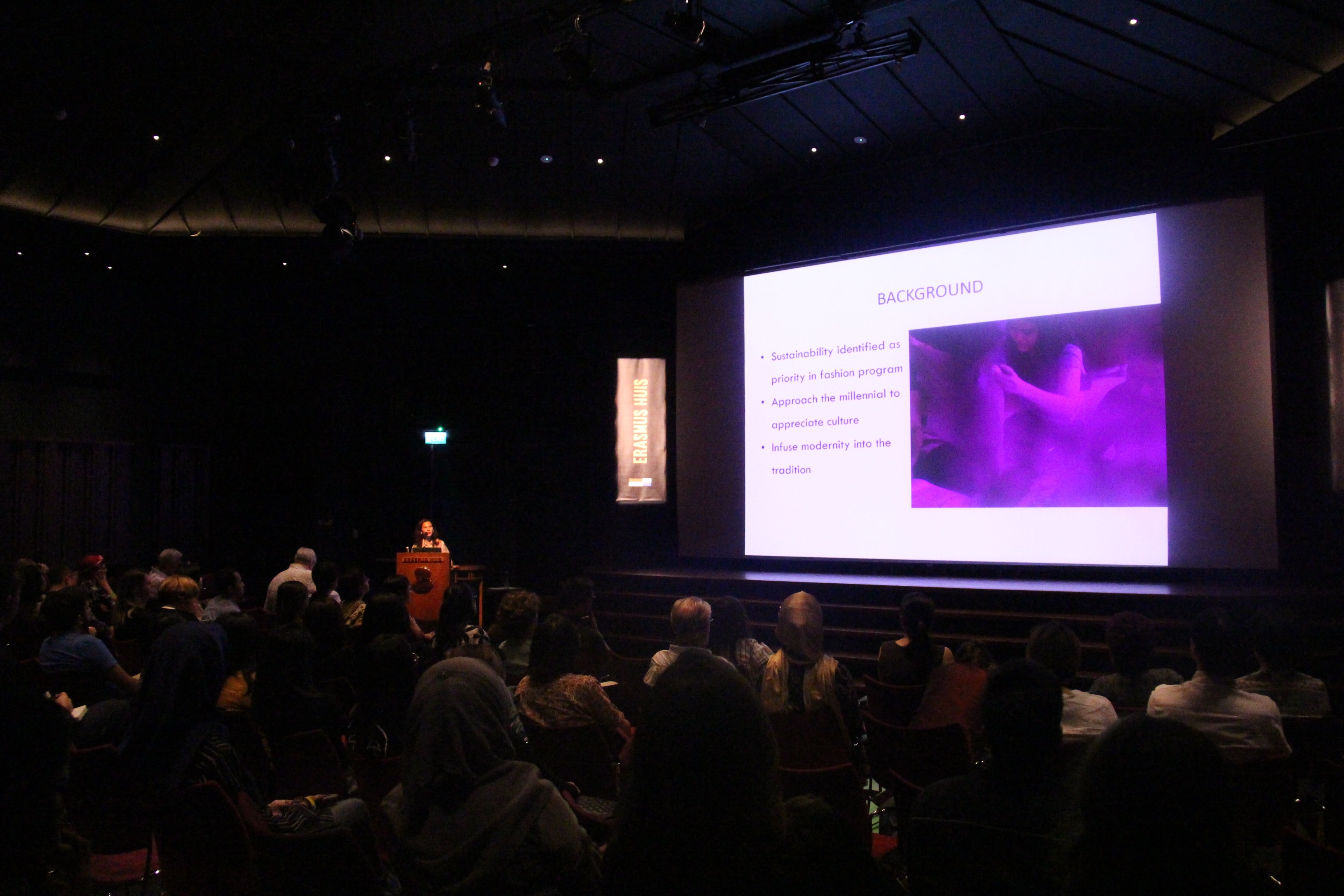 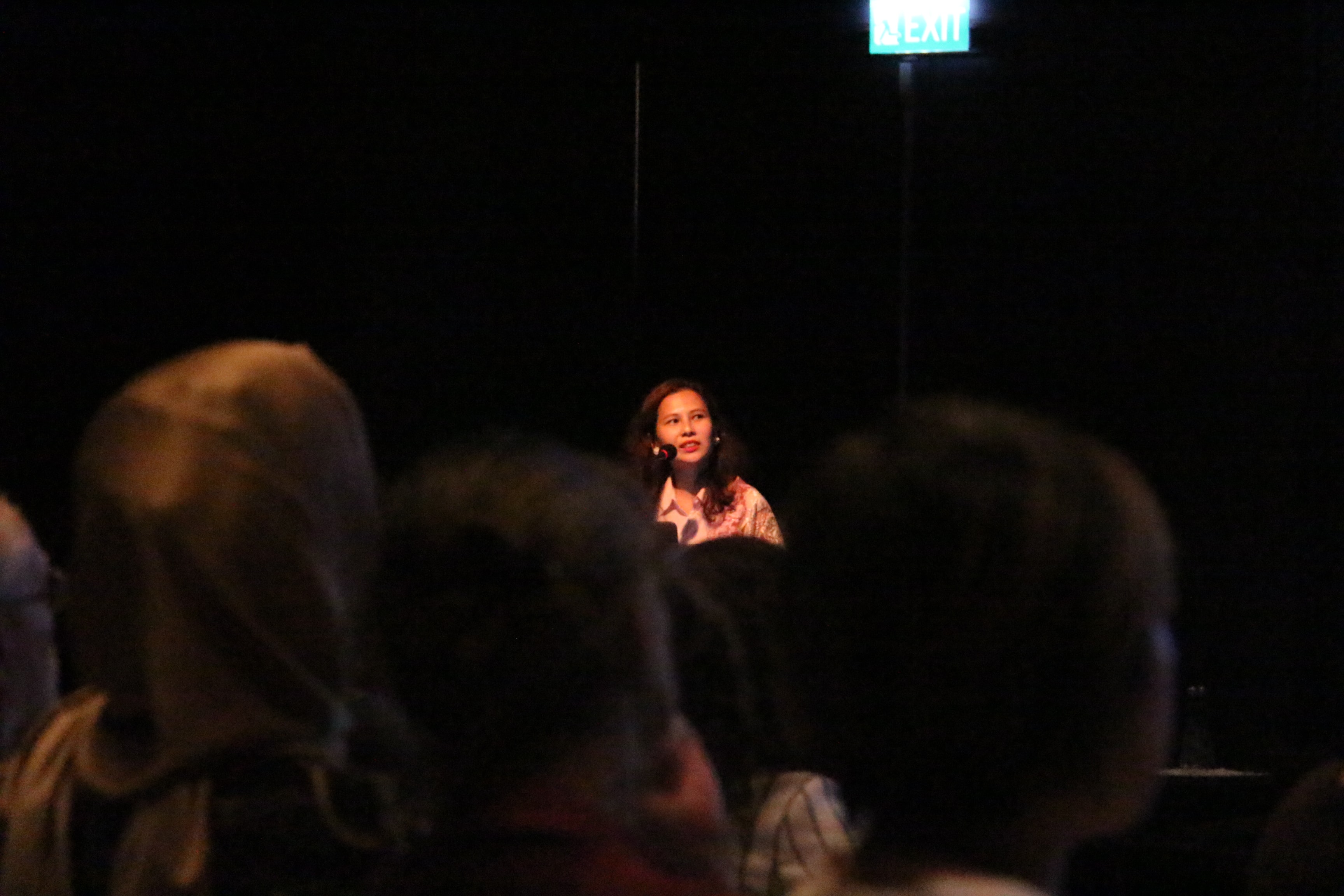 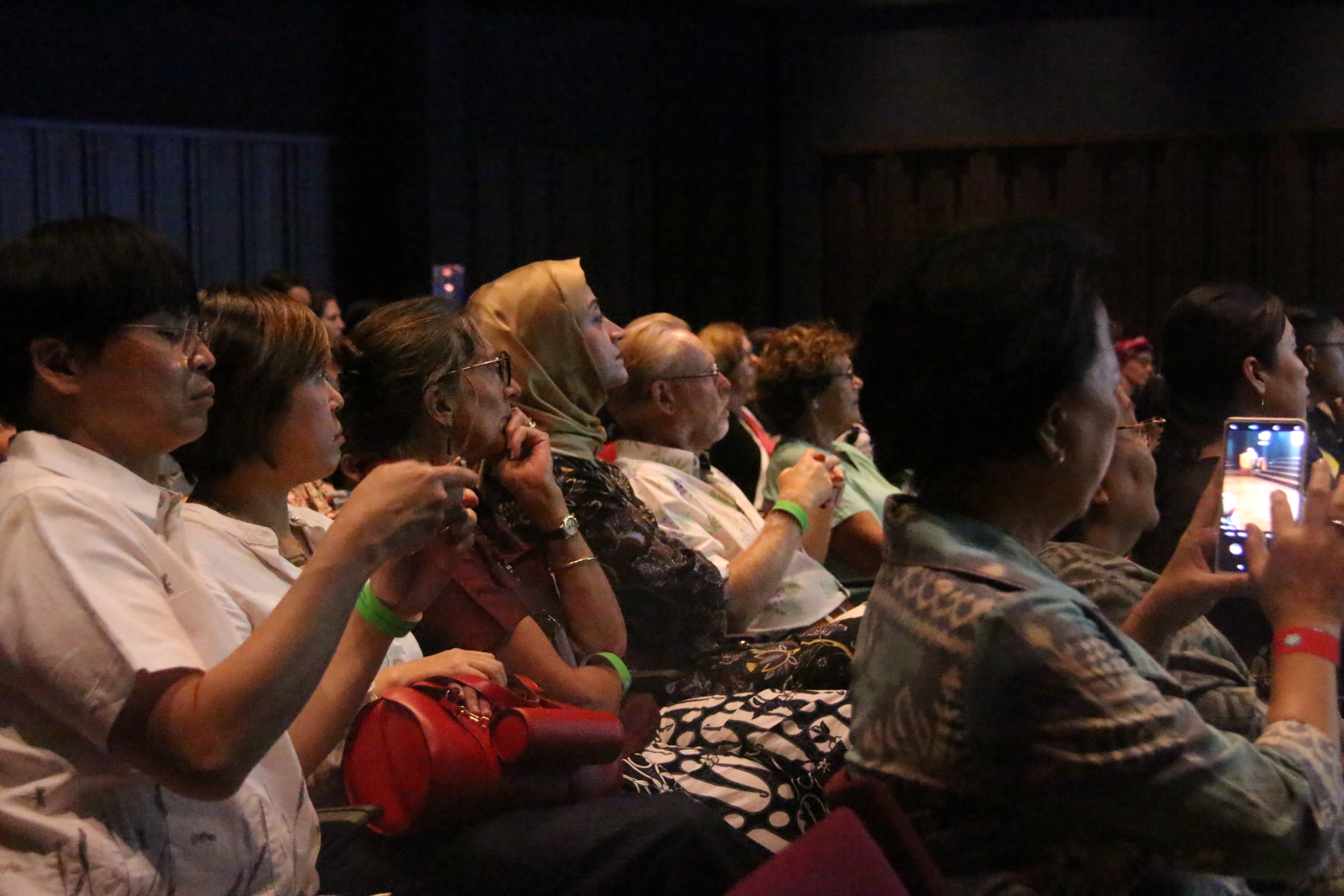 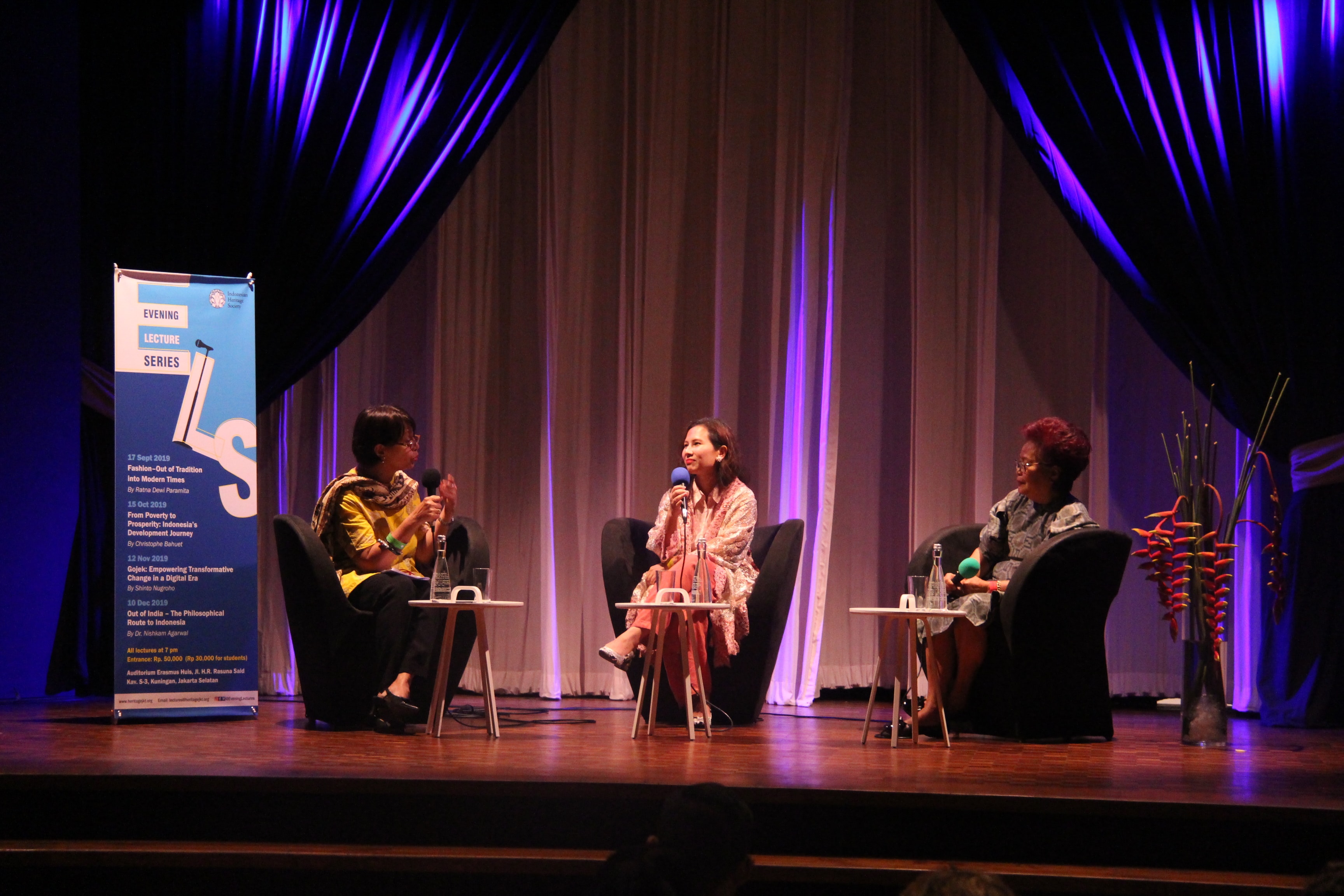 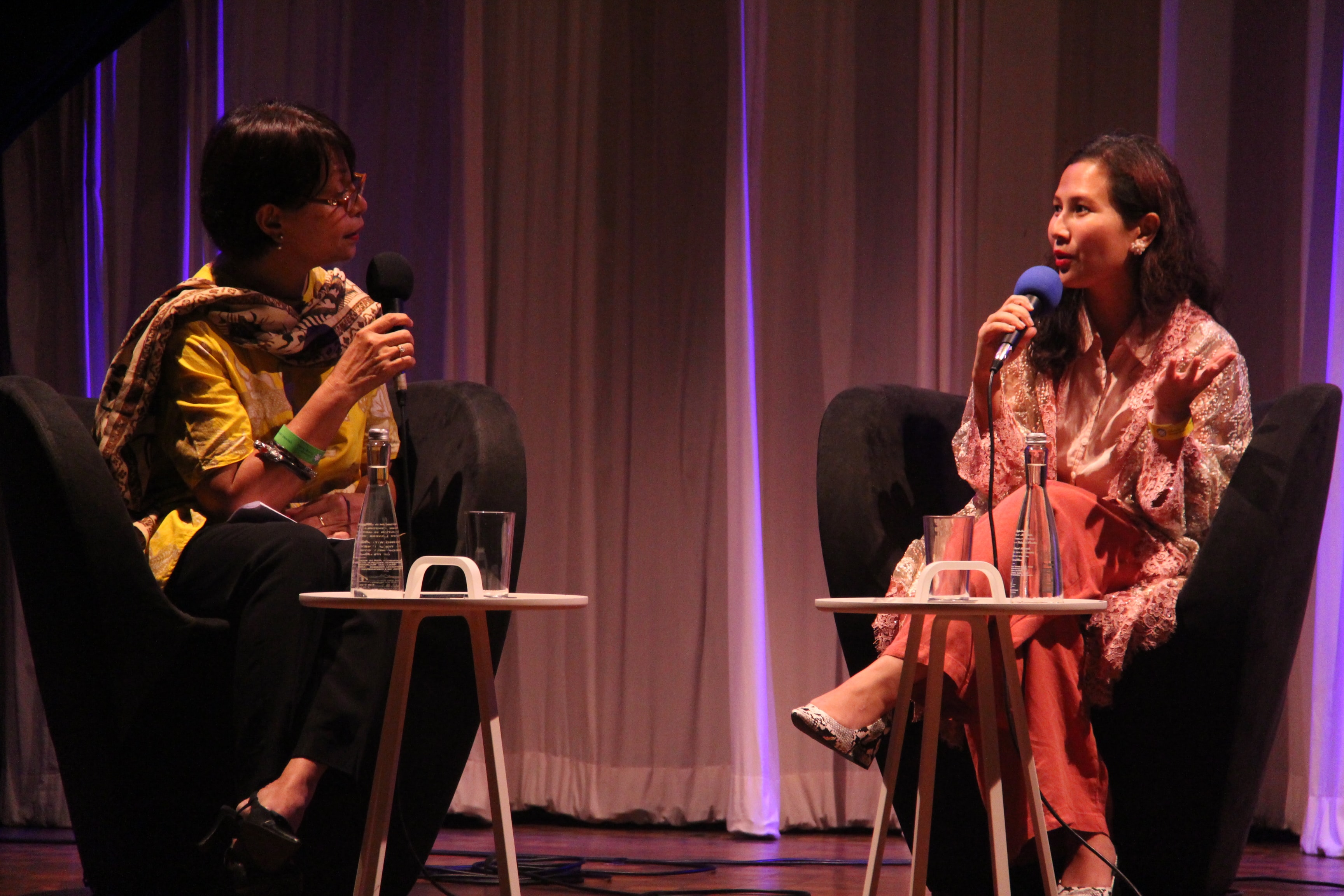 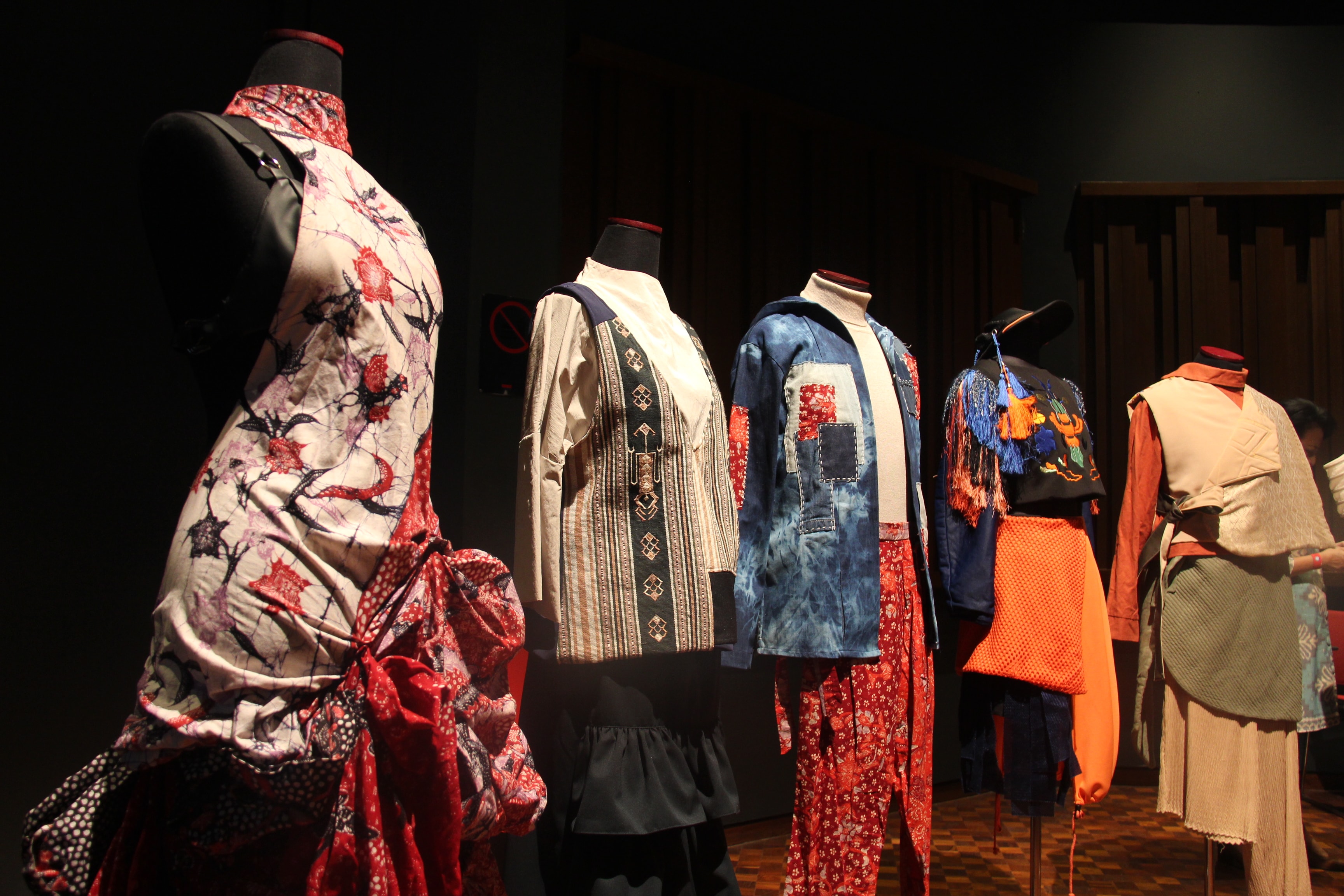 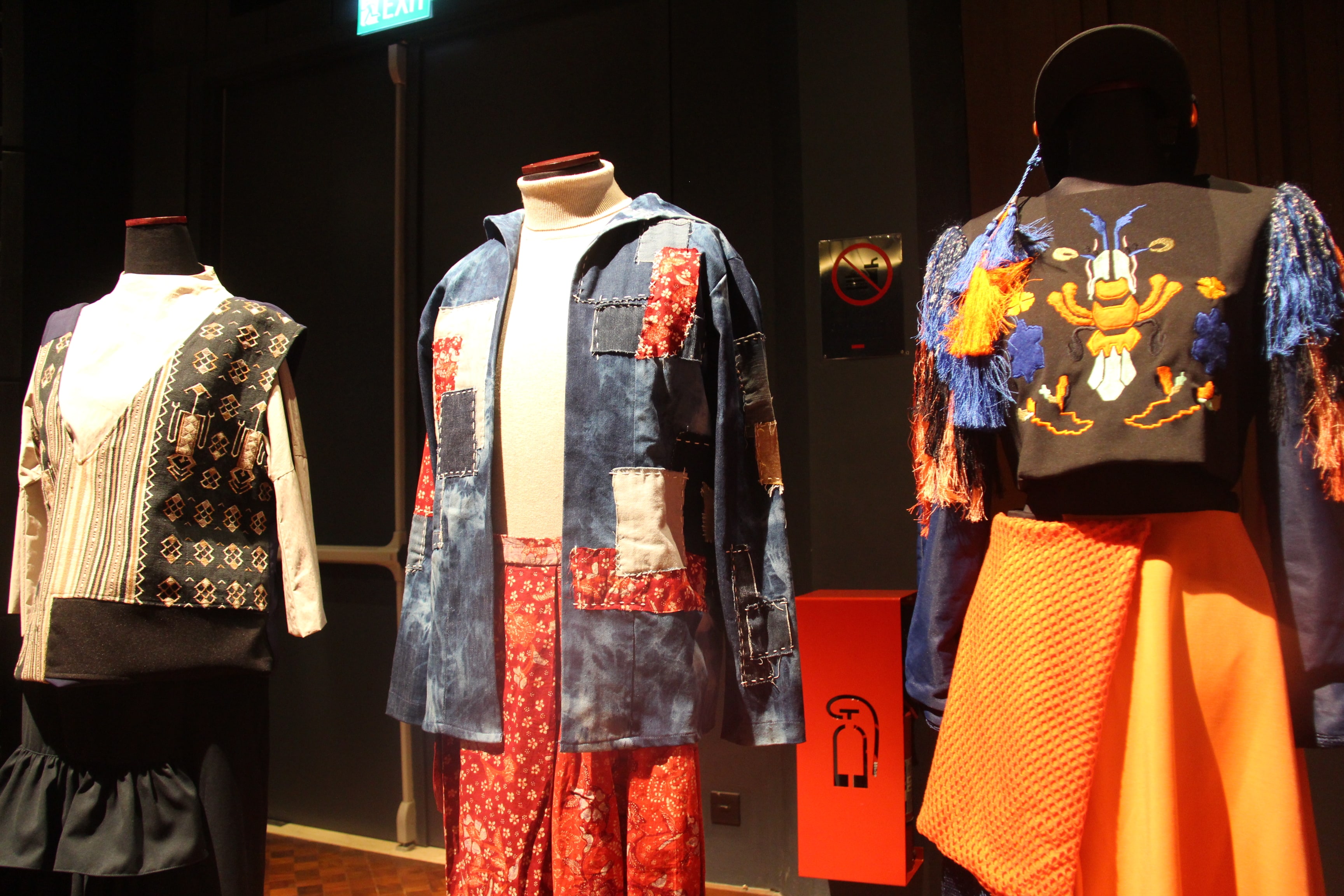 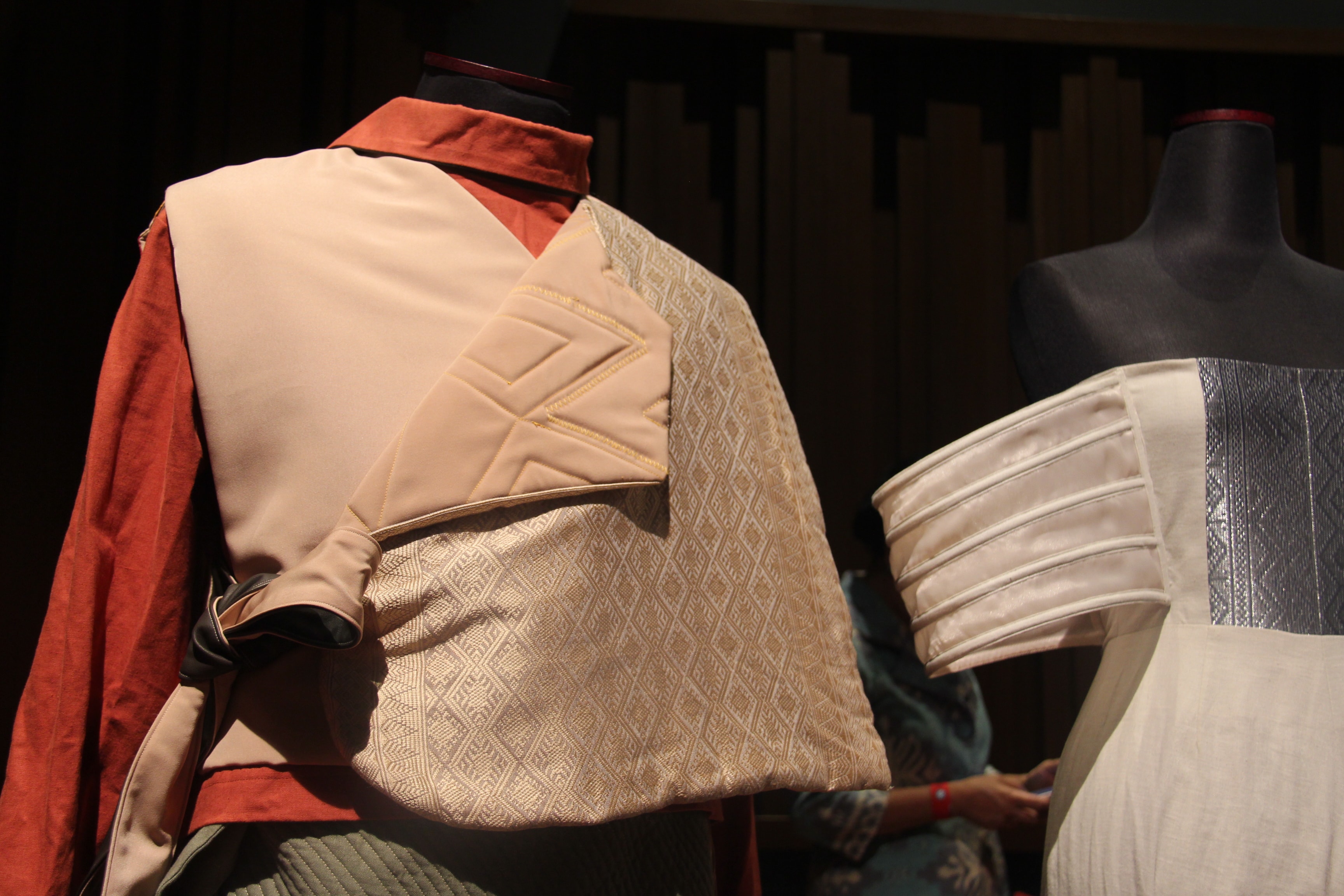