Lasem, a district located in Rembang Regency, Central Java, Indonesia, has a quite unique and different story compared to many regions in Java. Lasem is a town where the Chinese first arrived in Java, and thanks to the many Chinese settlements here since long ago, Lasem is known as “Little China”.

The long history of assimilation and the acculturation process of contrasting differences of Javanese, Chinese, and also Chams (people from Champa, a kingdom located in central and south Vietnam in the 2nd century AD before being absorbed and annexed by the Vietnamese Emperor, Minh Mạng, in 1832 AD) cultures granted Lasem its own unique characteristic. These aspects are also reflected in the batik – a type of traditional clothes that is spread in many areas on the island of Java. 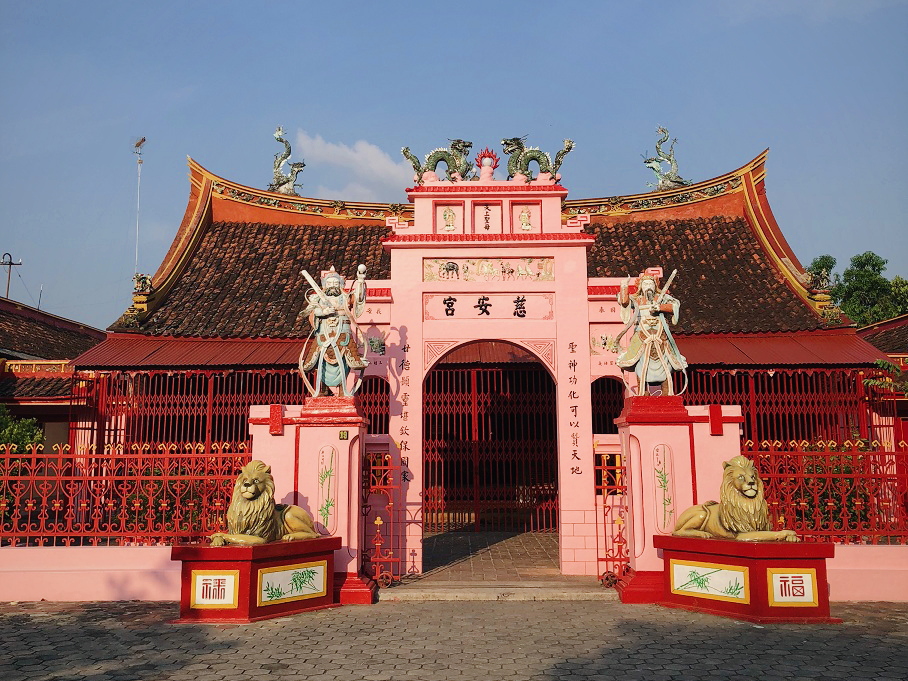 Lasem’s batik or Batik Laseman is characterized as egalitarian, a kind of batik that is more open or common in use by all social classes and ethnicities. Lasem’s batik is well-known for its thick and solid colors like blood red or dark red. The motifs that are commonly used are Sekar Jagad (contains the meaning of beauty), Latohan (derived from latoh, a type of algae commonly found in Lasem), Watu Pecah (literally means broken stones, came from the dark history of Lasem when the colonial Governor, Herman Willem Daendels, forced the inhabitants to build the Great Post Road), and Tiga Negeri (Three Countries). Interestingly, in the past, batik craftsmen had to come to three towns to do the coloring process for the Tiga Negeri motif. 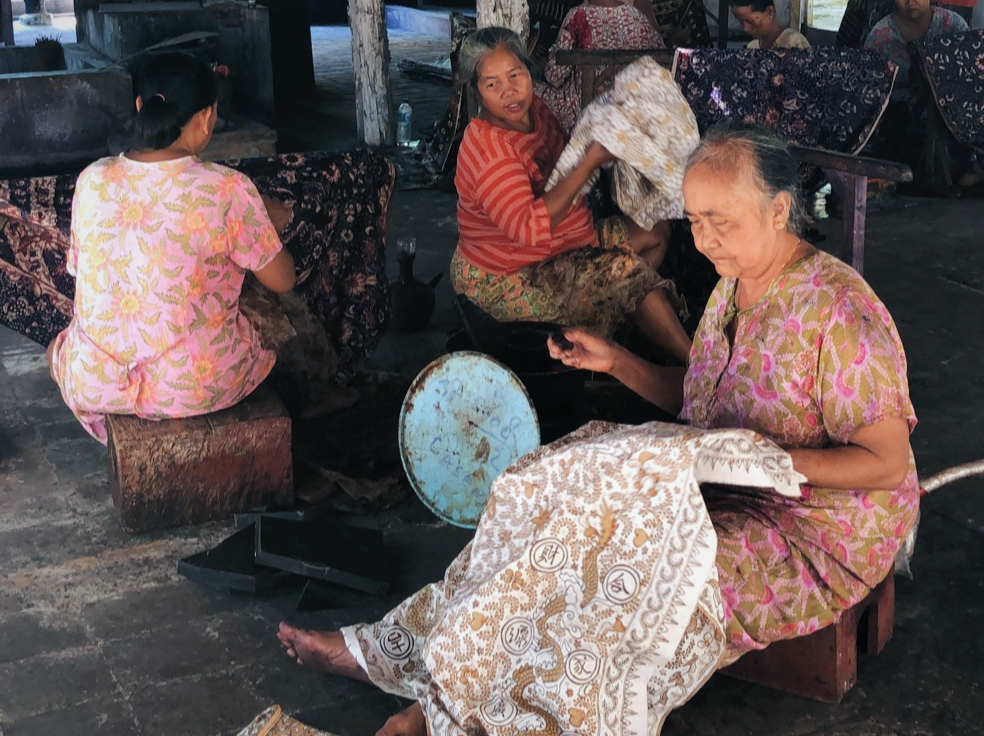 The making processes of batik first started with washing the cloth, soaking it, and then beating it with a large mallet. The patterns are drawn with hot wax, commonly by using a canting. After that, the batik is dyed and then goes through the melorot (shedding the wax in the batik that has been colored) process. These complicated processes, added with the detailed motifs, raise the value of batik and determine its price. 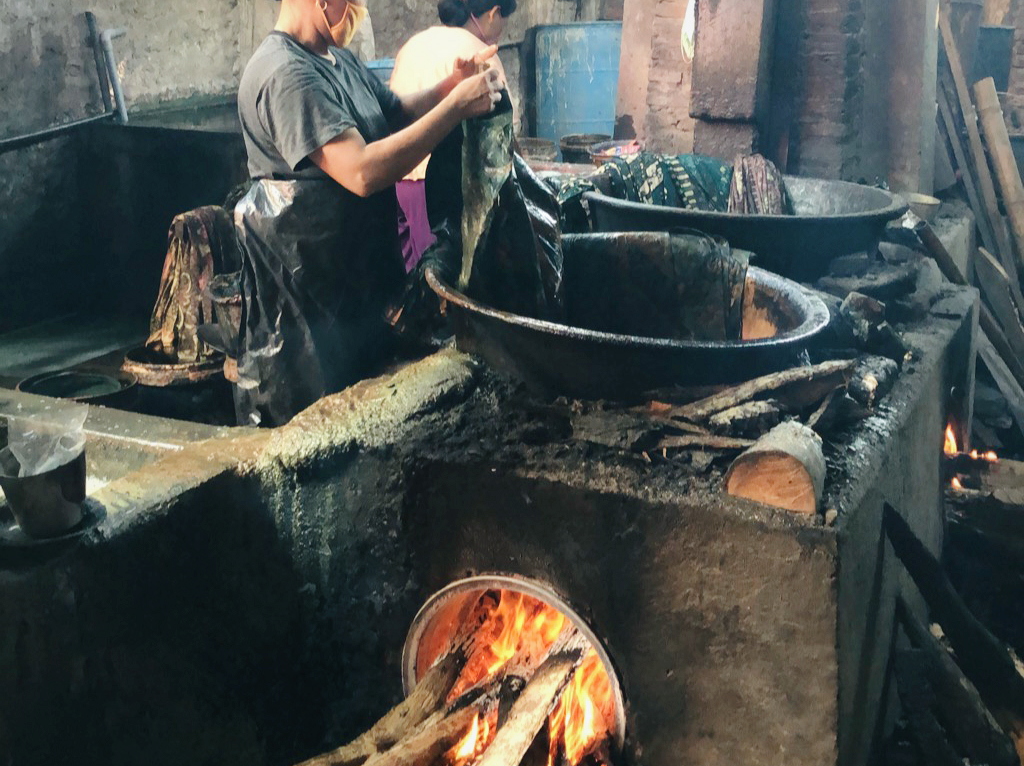 BINUS Northumbria School of Design (BNSD) consistently showcases Indonesia’s culture in the Jakarta Fashion Week, and this year, the fashion collections that will be showcased take inspiration from Lasem’s batik. And to provide a deeper understanding and stronger insights for the students, BNSD conducted a three-day field trip to Lasem on 2-4 May 2018. 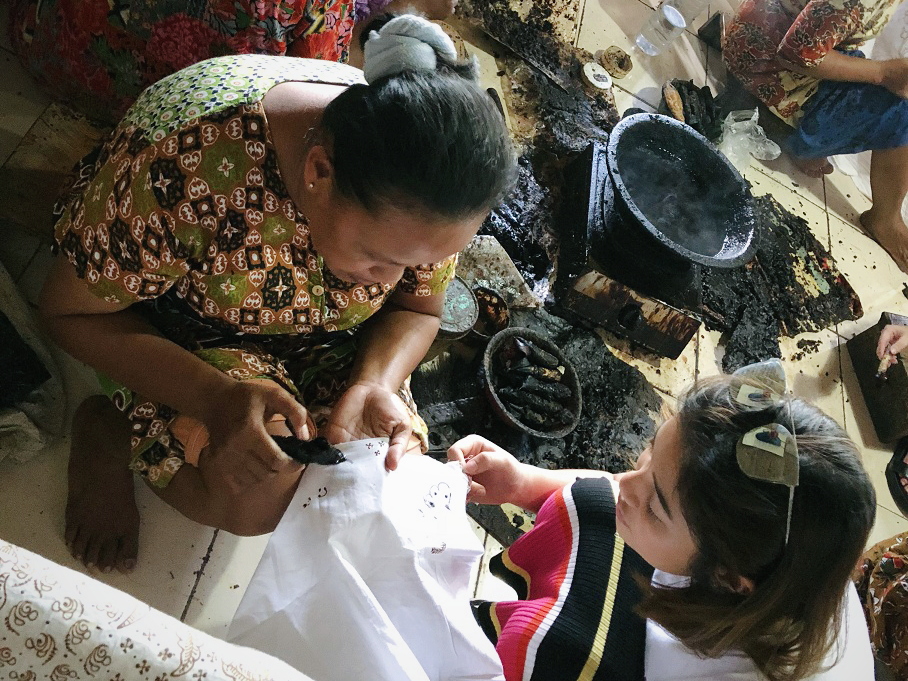 In Lasem, the students visited Batik Tulis Pusaka Beruang Lasem, a batik workshop that was founded in 1965. Here, the students got an opportunity to look around, observe the batik collection, and also learn the patterns drawing, dyeing, and melorot processes. 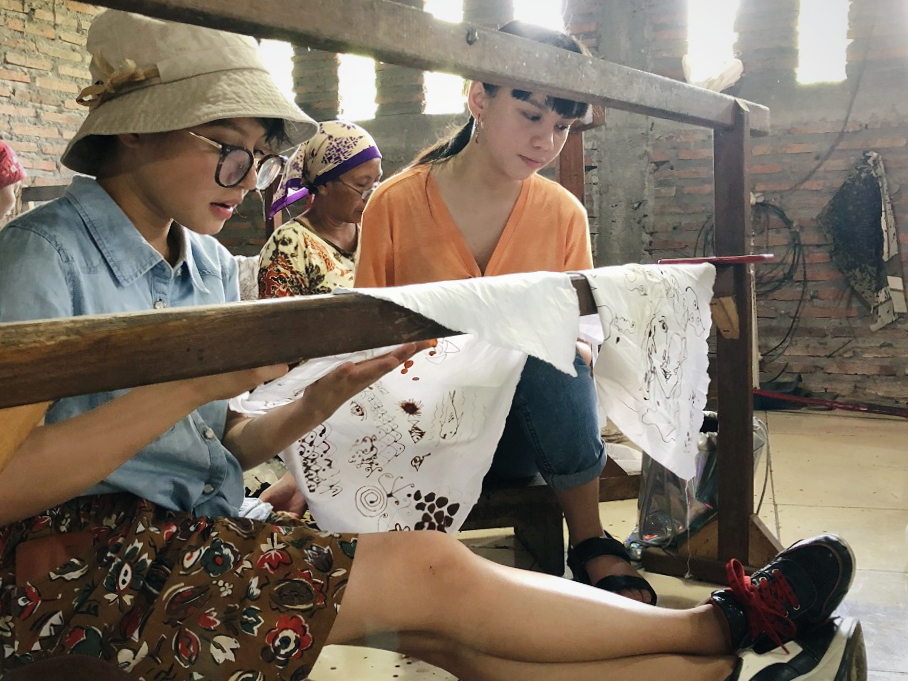 The students also visited the residence of Opa Sigit Witjaksono, one of the pioneers who introduced the first acculturation batik to Indonesian society. Through his batik, Opa Sigit combined elements from various cultures on a piece of cloth. Opa Sigit’s batik also has a hidden message that can only be known and told by Opa Sigit himself.

Ratna Dewi Paramita, the Head of the Fashion Program at BNSD, said that BNSD chose to showcase Lasem in Jakarta Fashion Week 2019 because of this long history, along with the stories behind Lasem’s batik. “Lasem’s batik has its own uniqueness compared to the ones from other regions. Lasem also has many stories that can be embedded into a fashion collection,” she concluded. 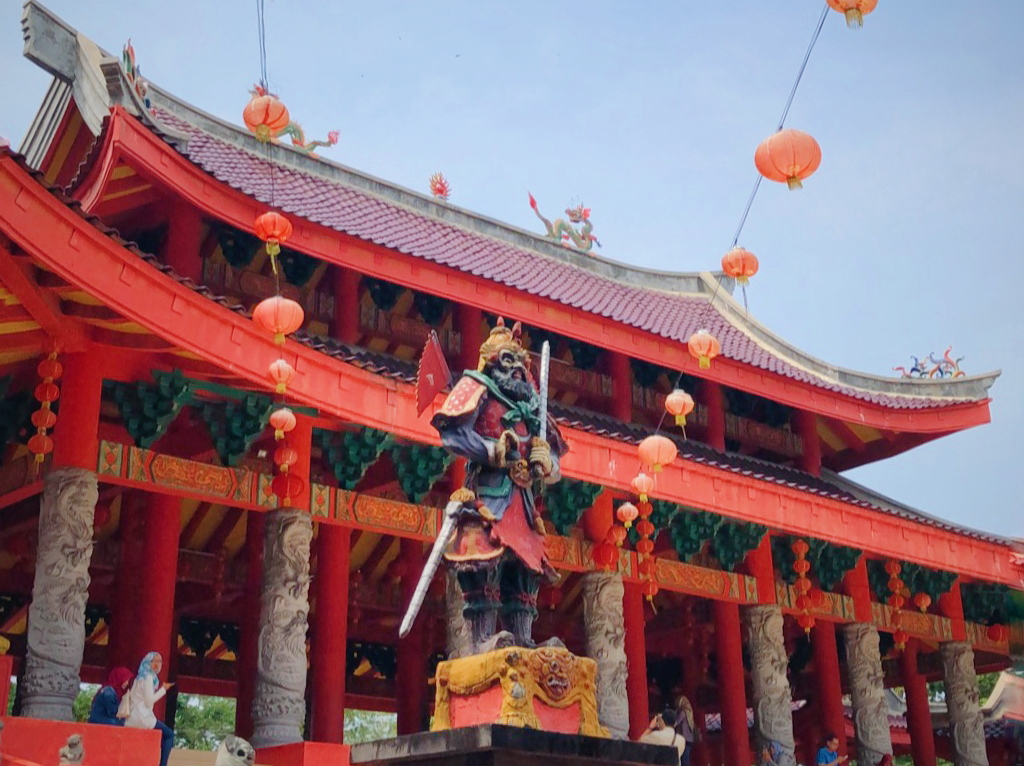 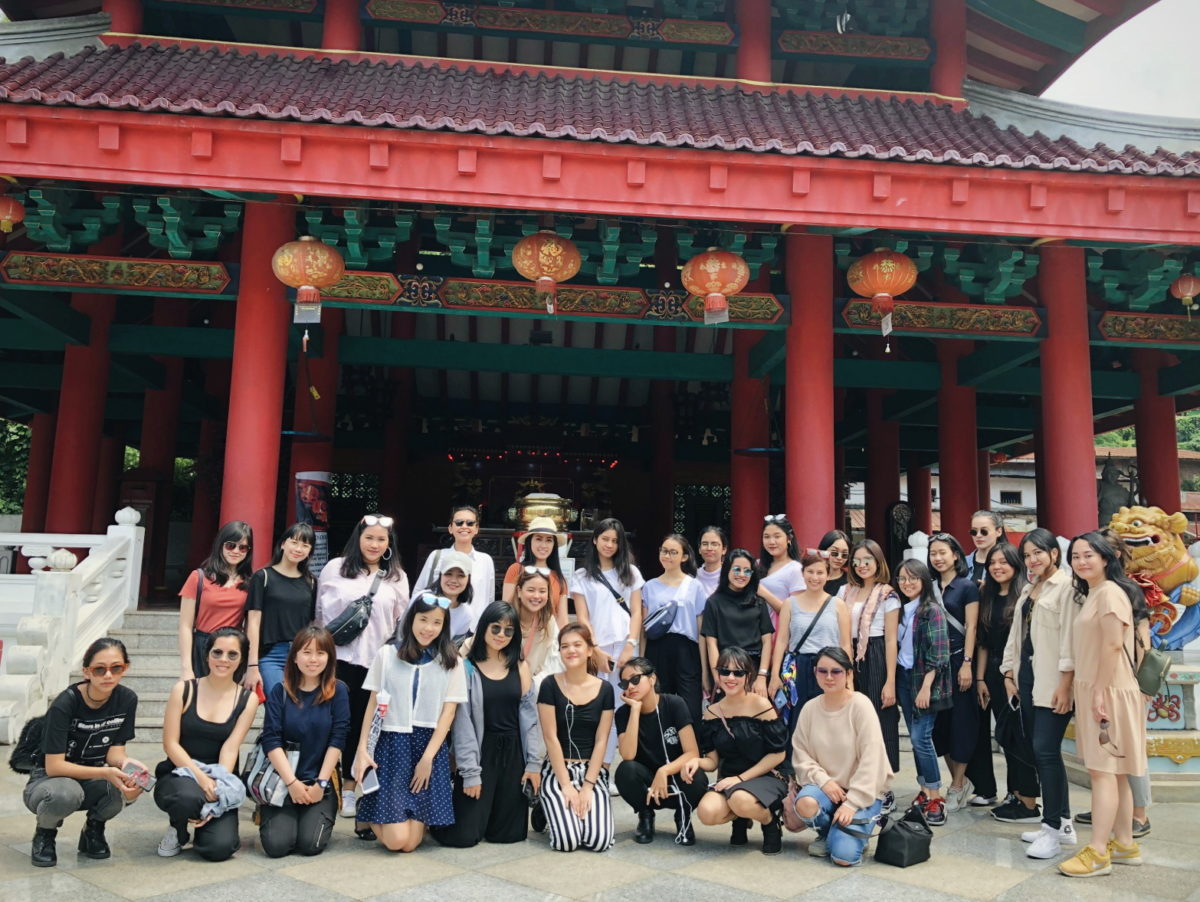 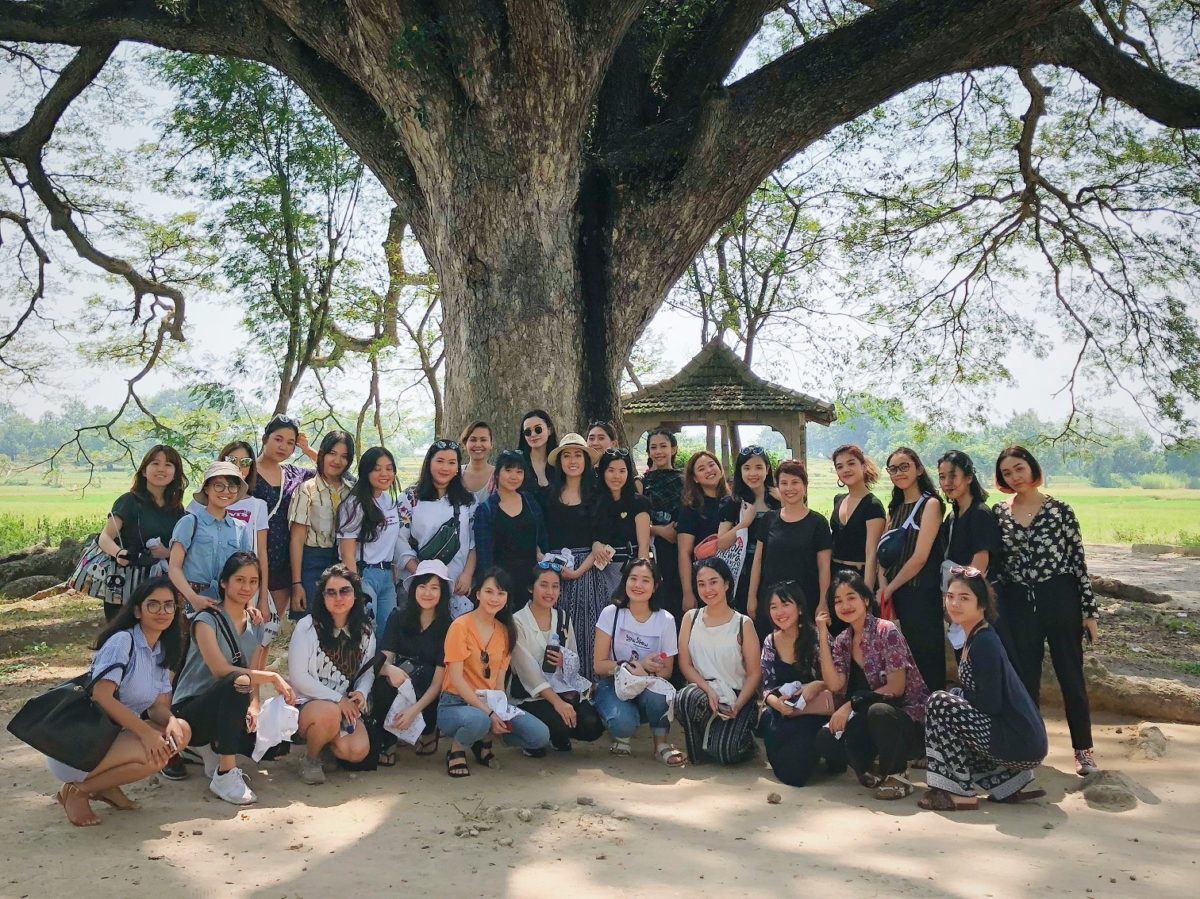